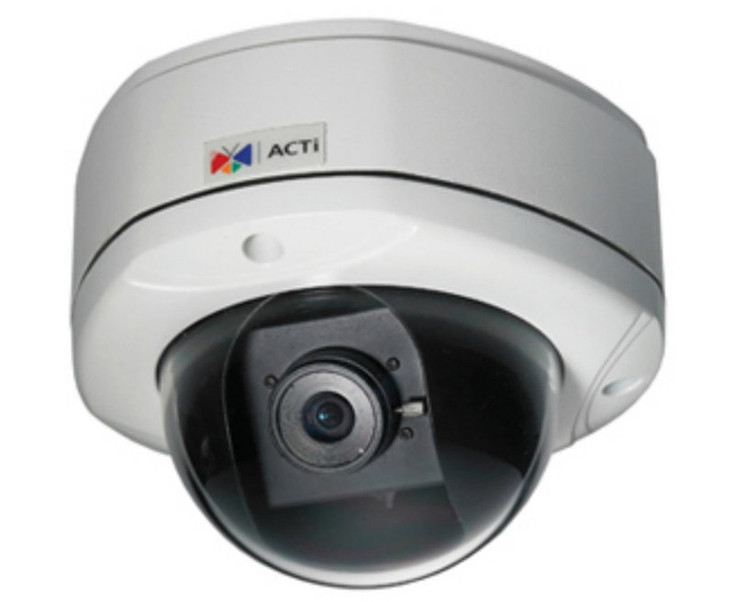 The ACTi KCM-7111 Outdoor 4 Megapixel Dome Security Camera is built to withstand harsh environments and high security applications. It is a fixed-dome camera capable of both day and night function and offers features that make it ideal for both indoor and outdoor operation. IP66-rated, the camera is both vandal and weatherproof, capable of operating in temperatures ranging from -22°F to 122°F. Powered by Power over Ethernet technology and capable of motion detection, it can be used in even the most remote locations. Not only can it be mounted on a wall or ceiling, but it can also be placed on a pole, in a corner or even hung as a pendant camera.

The KCM-7111 is capable of creating up to 4 cropped regions as independent channels and features two-way audio, allowing you to focus on specific surveillance areas while also communicating with anyone located in the area. It also features video motion detection and can monitor three regions for motion detection in a single view mode, effectively monitoring several areas with just one camera. With a resolution of 2032 x 1920 at 8 fps, it can capture quality images from virtually any vantage point. Its IR cut filter system, allows the camera to capture color recordings in light levels as low as 0.1 lux at F2.0 and black and white recordings in light levels as low as 0.05 lux at F2.0 with an IR sensitivity range of 700 to 1100 nm. Other features packed into the KCM-7111 are Two Way Audio, MicroSDHC / MircoSD Local Storage, Digital Inputs/Outputs as well as PoE Power Over Ethernet. All this makes the ACTi KCM-7111 Outdoor 4 Megapixel Dome Security Camera Network, the ideal solution for Day Night Video Surveillance in nearly any security systems application.