Thanks to the cutting-edge technology found in security cameras and related devices sold today, enhancing your security has never been easier.

Thanks to the cutting-edge technology found in security cameras and related devices sold today, enhancing your security has never been easier. Whether you work in law enforcement, private security, or own a small local business, there is likely an affordable and capable option open to you. Over the years, A1 Security Cameras has worked with countless clients and accrued valuable information that might help you when considering each option. In addition, we offer services like design help so you can most effectively monitor the critical areas and get asked questions in such a process like:

Such questions are entirely crucial to solving problems that you now or will face. Through such solutions like the best installation services we offer to residents and business owners of Dallas Fort Worth, we have accrued a wealth of knowledge on the subject. Below you will find some of the information we have gained that focuses on options perfect for law enforcement but can benefit businesses of all sizes. For further information about any of our products, services, or a solution that might better suit your needs, do not hesitate to contact us today!

What kind of surveillance cameras do police use?

Police departments across the United States and the globe implement different cameras to fulfill their task of protecting the public or a specific department. However, one type of surveillance device we will focus on specifically is the modern security camera. Whereas in the past, these devices were implemented around public transportation and whoever could afford them, now such devices have become affordable to be more widespread. As a result, law enforcement in particular regularly implements devices like:

Each of these security cameras provides numerous features specific to its design. For example, whereas in the past, a police department was limited to basic cameras wired to recorders nearby, now there are more sophisticated solutions to protect the public or a department. That can be seen in such cameras that include license plate capture. Such a function can recognize and automatically zoom in on license plates as seen in applicable devices like Axis security cameras and LTS security cameras. Especially in the case of pan tilt zoom cameras with a dome design, the device focuses on a specific point without drawing any attention to itself.

Another example implemented by police departments is the implementation of high definition or 4k quality into video footage. Found commonly in LTS, Axis, and Samsung security cameras, among others, this feature provides superior clarity to incoming data for streaming and later viewing. Law enforcement implements such measures to better protect specific locations and gather further details only attainable through excellent quality.

A security camera commonly used by police departments and businesses is the pan tilt zoom or speed dome camera. Also known as the PTZ security camera, this device uses more advanced technology to surveil an area automatically or under the control of an operator. These cameras can come in a dome or bulky design with famous examples, including Axis, LTS, Hanwha, and Hikvision security cameras. Furthermore, they are highly capable in environments like parking lots and public settings thanks to their 180 degree rotating coverage and zoom capabilities.

The final example used by police departments and available to businesses is the internet protocol or IP security camera. Providing a flexible edge to any security camera system, these devices typically have features like:

Unlike older CCTV and wireless cameras, the internet protocol design can be wired or wireless. With Geovision, Hikvision, and LTS security cameras being excellent options, these cameras can benefit brand new and already existing systems alike.

Can you live stream security cameras?

Streaming video footage in real-time has never been easier with the home and business security cameras offered today. Streaming, or live viewing, your security camera is an easy way to keep tabs on the condition of an area for security purposes or otherwise. How one does so is entirely user-friendly with options the Axis Camera Station and others like it specific to each manufacturer. However, certain conditions must be met in order for remote streaming to be possible, with steps including:

With newer cameras and recorders, logging into a profile through a phone will give the owner or authorized person access to a video feed. Whereas with past security cameras, you would have to remember the address of each camera or recorder and use a specific version of internet explorer. Furthermore, remote streaming is dependent on a network’s connection and bitrate. A1 Security Cameras offers an excellent bitrate calculator free of charge.

Owners or managers of a security camera system looking to reduce their bitrate and bandwidth may be interested in Channel Zero streaming. Whereas each camera is designated a channel by a recorder, channel zero is a feature developed by Dahua and Hikvision, allowing all channels to be viewed on one screen rather than separately. 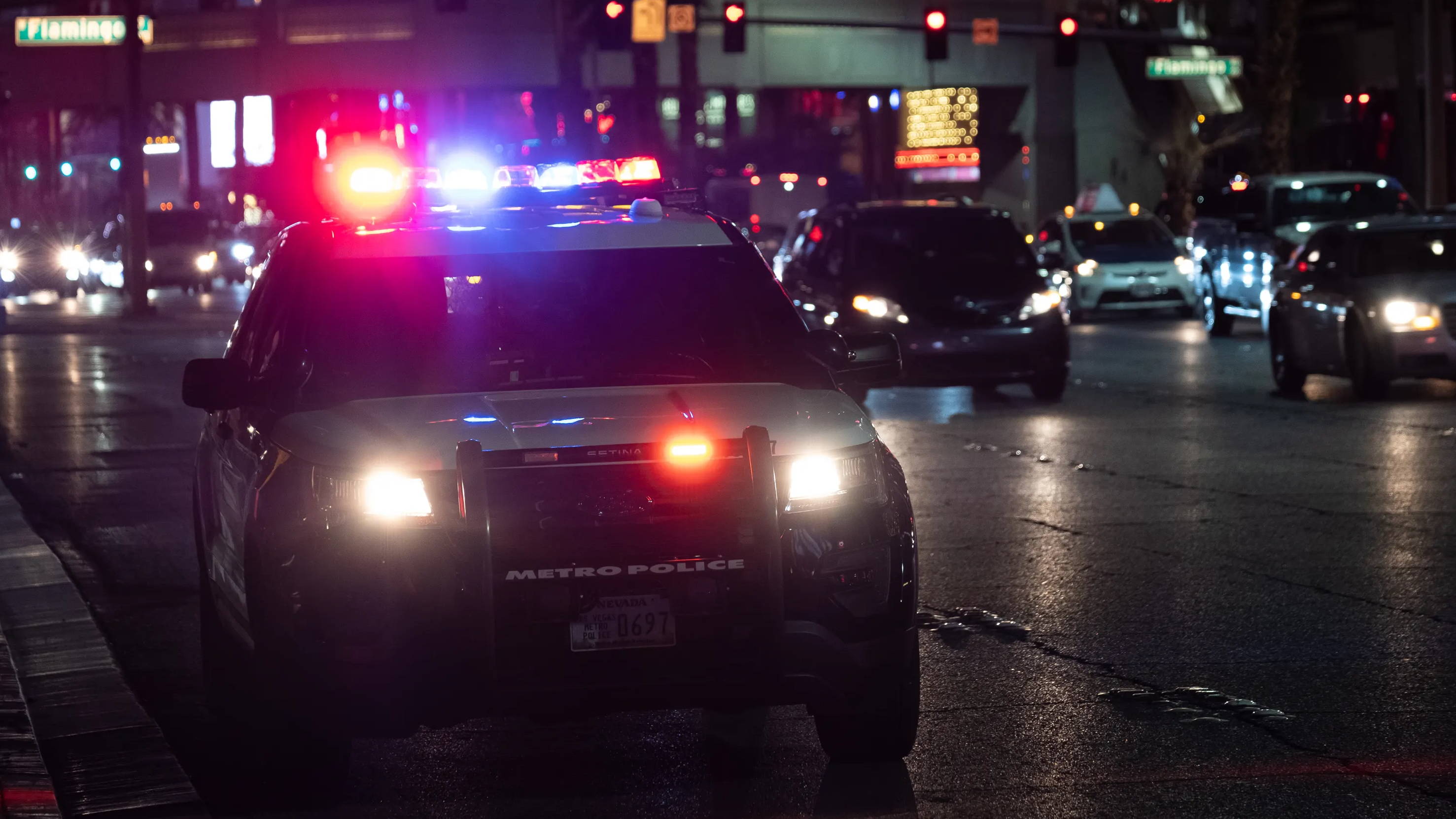 Which camera is best for security?

A1 Security Cameras offers multiple options for law enforcement and businesses to choose from that would quickly fulfill their surveillance needs. However, whichever one is the best depends on the needs of the managing entity. Axis security cameras, for example, are known for their excellent results, a wide array of possible features, and long-lasting design. Likewise, Hikvision and LTS security cameras are considered similar, with both manufacturers often being in the conversation for most popular in security systems despite the recent controversy around Hikvision. These brands and more available through our massive catalog present the excellent features shown above while offering a working lifespan of several years when kept in good condition.

With that mentioned, A1 Security Cameras recommends against using Ring cameras and those like it. While the devices are inexpensive, they are also more susceptible to tampering and cyber attacks, as covered in a past post. In addition, while designed for convenience, proper security cameras like those developed by LTS and Axis provide substantially more protection even in the face of burglary or property damage. Contact us today for more information about specific security cameras or products that better fit your requirements!

Do you need a DVR or NVR for security cameras?

The need for recording devices is dependent on the security cameras and how they are used. IP cameras, for example, are generally capable of onboard storage and can stream to a cloud system if needed. However, without a cloud or central recording system, such a solution provides little storage space and does not work for locations or operations with multiple security cameras.

A digital video recorder or DVR is designed for analog camera systems and connects via coaxial cabling. Whether to replace an old recorder or for a system based on analog, a DVR is still an entirely viable option. However, older recorders of such design are less capable, if entirely not, when it comes to newer features like remote viewing, cloud storage, and the implementation of wireless cameras. However, a hybrid DVR is an excellent solution for those looking for such an upgrade or analog and digital systems.

A network video recorder or NVR is a recording device that is designed for more modern security cameras. Unlike the DVR, this recorder only stores incoming video footage instead of converting it and managing it if video management software is installed. Also, unlike the prior generations of recorders, this type of device can come in wired or wireless options with some handling both kinds of security cameras. Better yet, they are far more capable of implementing features like 4K, facial recognition, and license plate tracking through option software. However, the NVR is more expensive and is more so when more advanced software is included.

A1 Security Cameras offers excellent options by multiple manufacturers for those looking for a new recorder. Contact us today for more information on each product or one that suits your system explicitly! 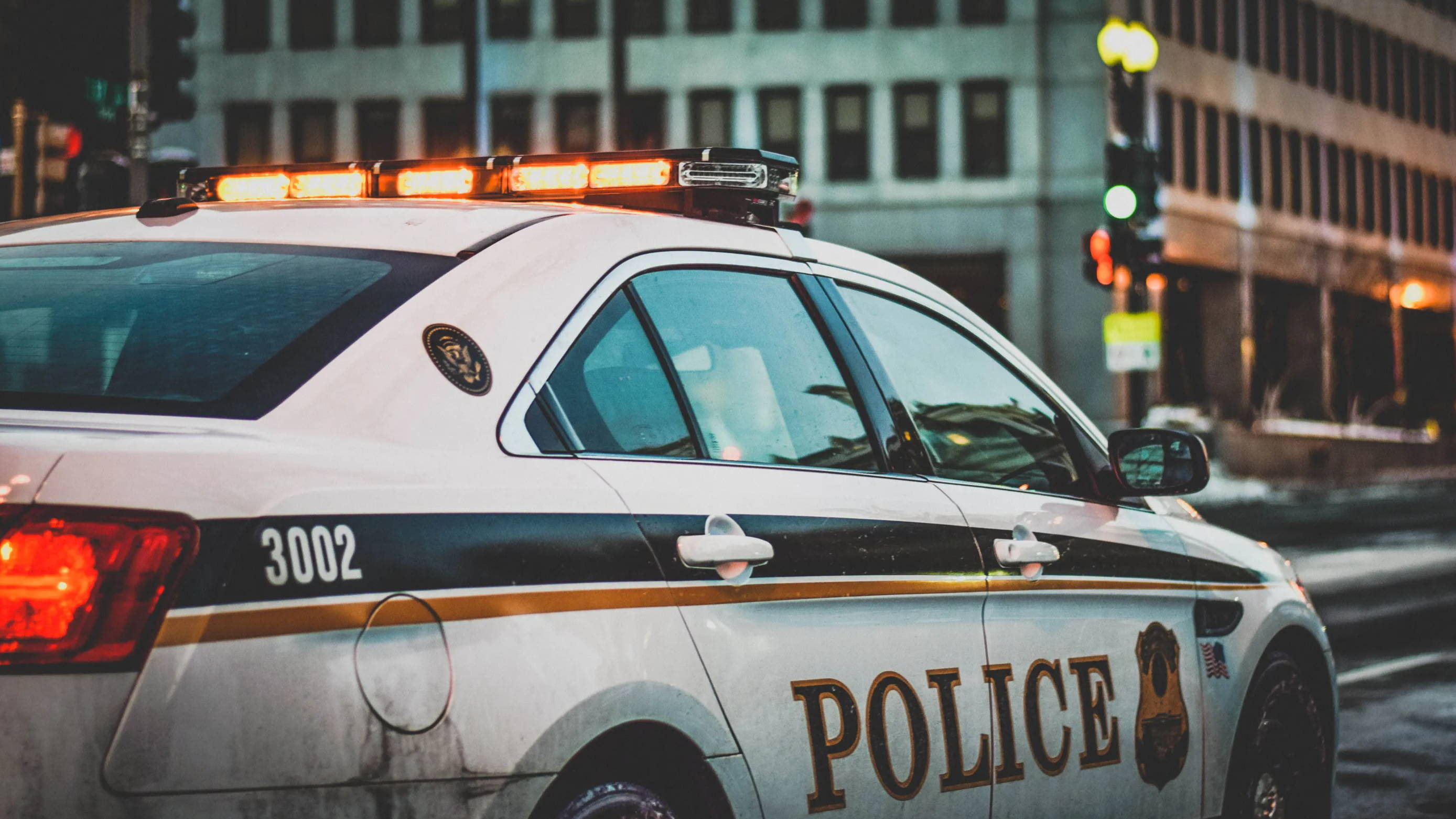 How do I export videos from DVR or NVR?

Whereas it was a more complicated process for older devices, the NVR and modern iterations of the DVR feature options to export video footage. Hikvision, LTS Security, and Axis, for example, are some of the many manufacturers that make clipping and uploading video data from your recorder far more straightforward than ever before. With devices directly connected to the computer, the process is simply isolating the clip and sending it through an email or accessing it from another device before doing so.

If your recorder cannot send a video clip internally nor can it be accessed by another device, there are other options that can be used. One such is repeating the same process but then using a flash drive or alternate hard drive as the location of storage. The majority of recorders feature USB ports for such a reason, and the process can be done even without the internet on a wired system.

How do I download a video from my security camera?

Isolating footage saved on the device is also possible for IP cameras and newer wireless cameras. However, such a process can only be done when either features onboard memory storage or is connected to a cloud. When withdrawing footage from the latter, the appropriate access must be granted, and is typically not something that can be done without permission.

In the case of the IP camera, if the device features onboard storage, then the process can simply be removing the SD card and download the footage. However, if that is not the case, a person can access it remotely and do so or access the cloud. In all three cases, isolating the specific footage is necessary unless the person is sending all of it entirely.

Wireless cameras like those sold by Hikvision, Axis, LTS, and Honeywell are quite a bit more straightforward. When such devices have onboard storage, then it is the same as how IP cameras are handled. However, the majority simply record directly to a cloud or wireless hard drive. In such cases, a person will need to isolate the video data like before. 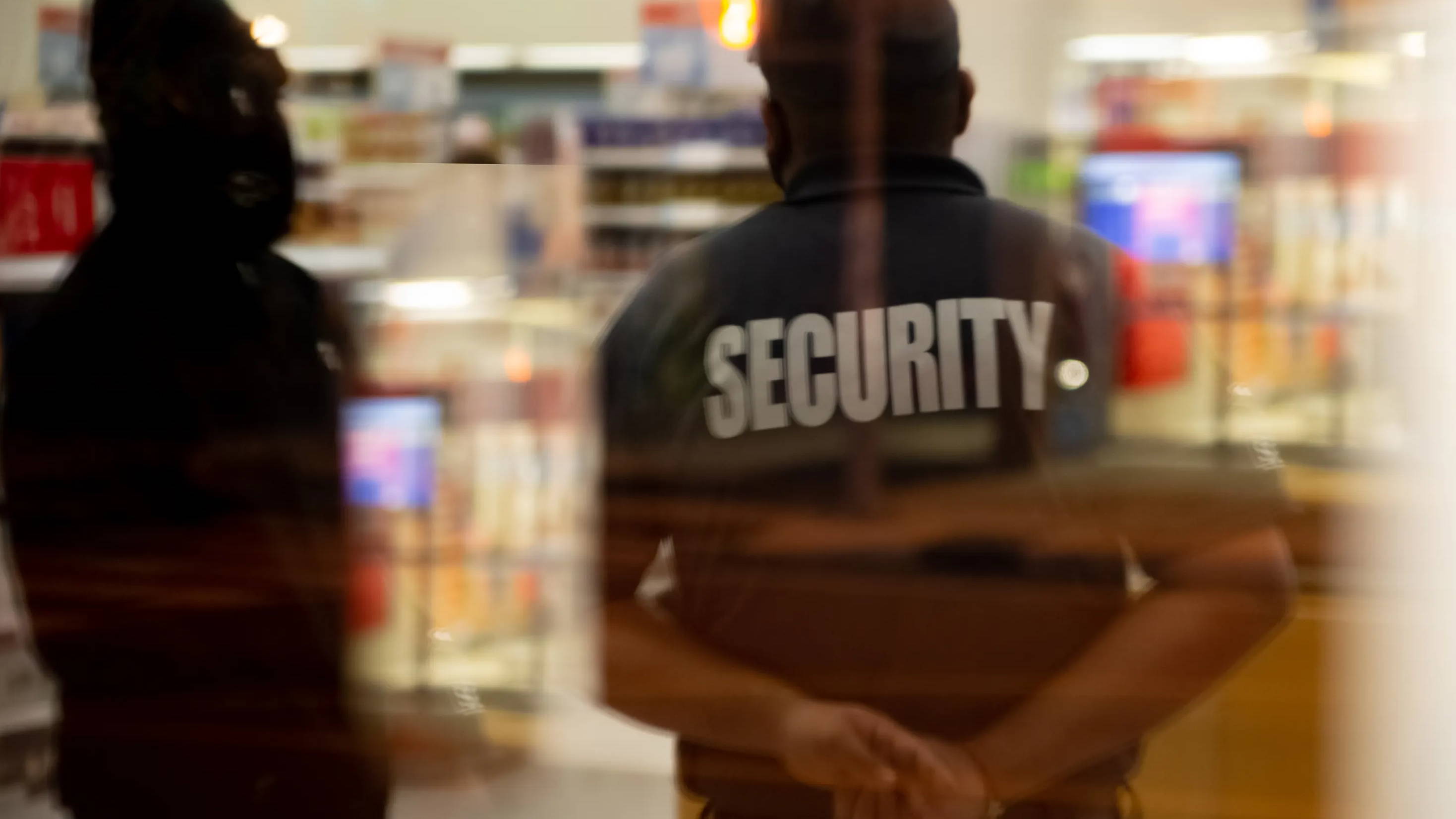 Security cameras bought through A1 Security Cameras will feature unbeatable tech support from the manufacturers themselves. Unfortunately, we cannot provide support to products purchased through other sources or markets like Amazon. Just call or message our team, and we can easily set up an appointment with the manufacturer for excellent support. Such a service is not guaranteed when ascertaining such products through other means.

Are there warranties? What do they include?

A1 Security Cameras includes three-year warranties on each of the devices bought through our site. As long as the customer retains an order number, receipt, and applicable information of the transaction, such a warranty can easily be retained and accessed in the case of a malfunction or when the product is considered defective. However, A1 Security Cameras cannot guarantee any such warranty on devices not purchased through our site and cannot provide our services when a device is bought elsewhere.

Do security cameras help the police?

Statistically, home and business security cameras reduce the chance of crimes like burglary, property damage, and more. While such information is debated in criminal activity that solely affects a person’s personal health, it can be concluded that security cameras in a secure environment will deter malicious parties. Such devices like the Vivotek camera, Axis security camera, LTS security camera, and others presented on this site do benefit residents, business owners, and law enforcement alike. Furthermore, law enforcement can gain enhanced evidence from home and business owners that record their property. Police departments across the United States regularly recommend such security camera systems and use such in multiple locations for an added method of surveillance.

Contact us today for further information on each of the products A1 Security Cameras offers or the services we can provide you!