Do you really know what is happening at your home while you are not there? Are your employees really doing their jobs? Why your precious staff disappeared? Here are some footage caught by the security cameras may answer these questions. Ask yourself this question after watching all the videos: Do you still feel safe? 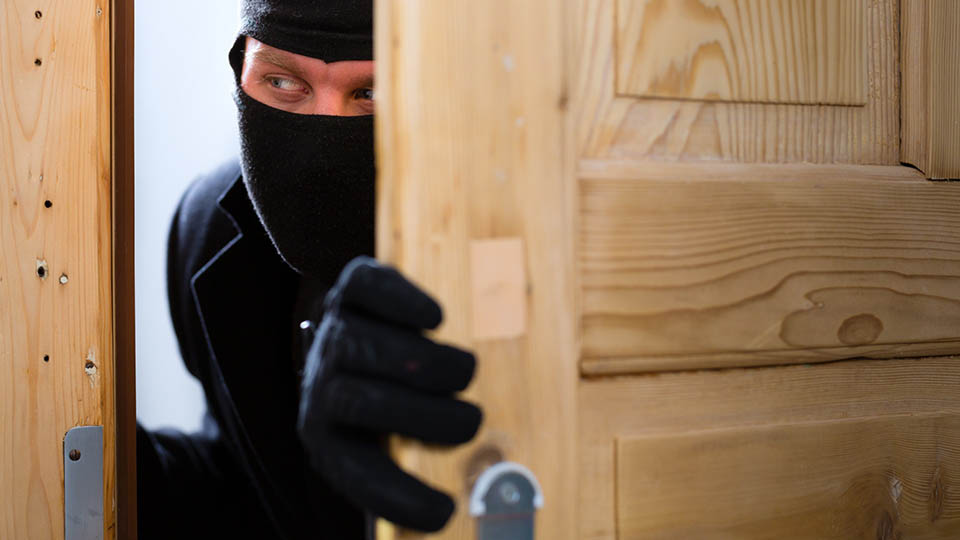 We’ll start things off with a light-hearted video of a poor mailman and some dogs -- but it probably doesn't end like you think it will. Just watch.

This is a common clip: a robber kicks in the door of a home, enters, sees a camera, then promptly turns around and leaves. Fort Worth police have afforded a perfect example of this sort of incident unfolding. A man violently kicks the front door in, sees that he is being watched, and leaves. Note that this man’s face is now all over YouTube and he is easily caught. This is an outstanding example of the proactive effect a security camera can have on a situation. Just the mere sight of one will deter a lot of thieves!

In this clip, robbers break and enter a home while the owners are gone. The owners were alerted to the incident and ended up watching a live stream of their home being burgled. This led to some incredible footage as the police were sent with the robbery in-progress. The owners then got to watch these robbers get caught – live! Again, this sort of security camera technology is the norm these days. ANYBODY could do this!

4) Criminal casually steals a laptop right out from under the owner's nose,

This incredible clip shows just how easy theft can be. A clever thief sits behind his mark and idly checks a few times see what is in the bag. Seeing a laptop, he casually draws it out of the bag while the four patrons talk to one another. Once he has stolen the laptop and put it in his bag, he leaves through a door different to the one he initially came through.

5) Intruder crawls on hands and knees to avoid one camera, not seeing the other catching it all in action

A funny piece of footage – and also a good advertisement for why multiple cameras are a good thing! This thief spots one camera and decides to take amusing measures to try and avoid it. But he doesn’t know that the owner has set up more than one camera. Many thieves might see a camera and try and persist in their ‘ventures’ anyway. This is why multiple cameras are never a bad idea!

Note, if a thief sees a camera and decides to destroy it, they won’t have destroyed the already recorded footage. If you are set up so that the footage goes right to your phone, in the cloud, or transferred offsite then, outside of some Mission Impossible ploy, the thief will not be able to erase the footage of themselves!

6) Knock and wait thief in action

A pretty normal instance of theft. This thief utilizes a “knock and wait” strategy. Most thieves do not want to run into any trouble (especially if you live in the South!). So what many do is the “knock and wait” which is exactly what the name implies. They walk up, knock, and wait to make sure nobody answers. If you ever answer the door to an odd person like this, they’ll either run off or give you a very questionable excuse. You should be wary and immediately inform the authorities. This criminal was later caught and the items returned.

7) Spectacular escape from a detention center

Saving the best for last -- what a clip! Here we find two prisoners escaping a detention center by cinching rope to its legs then literally being carried off. The first five minutes is mostly spent dangling and struggling, but the last thirty seconds of this clip is just crazy! Amusingly, their rope almost got snagged on another security camera on their way up and out. However, A1 Security Cameras is an honest venture. We could not in our right mind advertise our security cameras as potential rope-catchers to stop helicopter-escaping prisoners. Tempting, but we’ll stay honest!