Motion detection automatically begin recording and following whatever set off the trigger by moving through the designated area. For example, intruder detection can track up to eight objects simultaneously. What is listed as “intruders” is predetermined by the camera’s user.

Loitering detection is an excellent tool for not only spotting loiterers, but also any objects that have been put somewhere and left alone for an extended (predetermined by user) set of time. So, for example, if someone came by and left a briefcase on the sidewalk, after X-amount of time, the camera would cause an alert. This is great for detecting suspicious activity, but is more commonly used for finding lost items. Either way, it is an excellent tool to have!

Direction detection is an interesting form of detection. The user presets an area and can setup an alert that triggers whenever something moves through in a specified direction.

What happens when an alarm is triggered?

Upon an alarm being triggered, a notification will be sent to the user’s computer.

The camera itself will also automatically record the footage onto its onboard SD memory card slot (as well as whatever other means of video storage you have).

If the camera is a PTZ or has similar range of motions, it will automatically begin tracking the instance or object that had set off the alarm in the first place.

If you have a monitor set up, the alert will trigger a second, smaller profile of what set off the alert – like a window within a window.

Actual alarm notifications go to the recording software (such as Panasonic’s WV-ASM200), the FTP server, your email, and any other devices set up on the system (such as your phone). 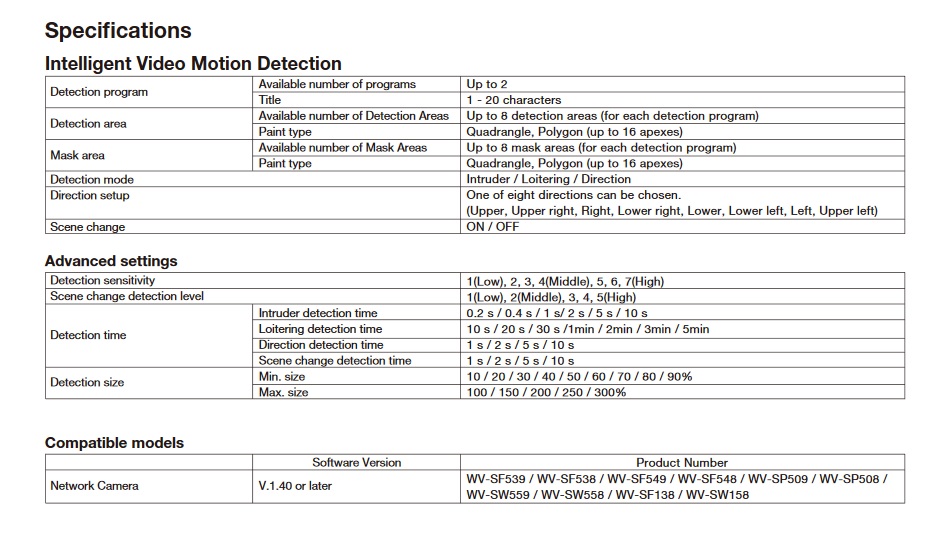