Axis made some incredible deals in 2016. One to feature here is the establishment and use of Axis cameras by Nobina, Sweden’s leading bus company. Nobina contracts services to more than twenty of Sweden’s transportation companies, making it a leader in the industry. The problem was that they were still using an on-board analogue system for security surveillance in almost all of their vehicles. Nobina required a high-quality and turnkey surveillance solution that was both highly scalable and futureproof. They also needed – like most modern businesses – a system which could be monitored and administrated remotely from a central location.

Results: Nobina was able to vastly increase the safety and security of their many passengers and drivers. Costs were kept low as the system was very easy to install and bring to live operation. Because engineers no longer had to manually access the cameras, costs were also slashed on the backend as now they could simply remote into the logged files from a central administration location. As always with Axis, there is also no doubt that the sheer quality of the recorded footage itself was far, far better than what Nobina had been using previously! 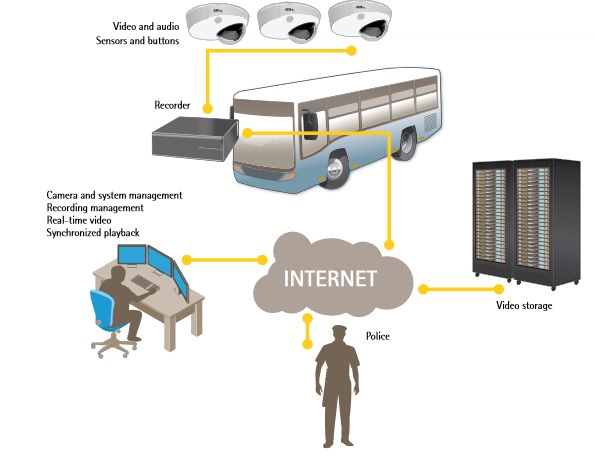 What Axis and Nobina have demonstrated here is that there is a huge and growing need for high quality cameras. These powerful cameras are increasingly ubiquitous and no longer require cost-prohibitive measures to get installed. For more information, check out this Axis survey which revealed a lot about the state of the industry.