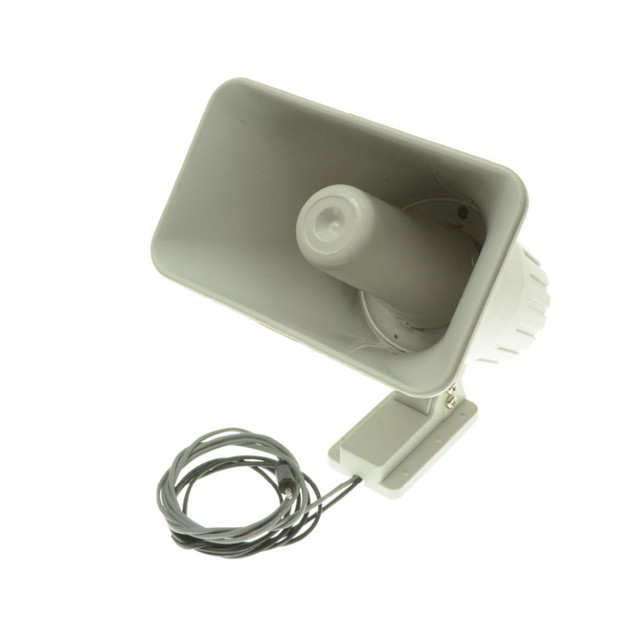 Can surveillance cameras have sound?

Yes, general surveillance and security cameras can have sound recording capabilities, but it is rarer than might be expected. Analog cameras originally did not record sound, with more recent examples of this type of product needing an additional wire if the feature is internal and extra hardware if external. Many IP cameras may have audio capabilities, but it is most often one-way (records sound), but not two-way (does not produce sound). The only camera that most often produces two-way audio capabilities is video doorbell cameras.

In terms of noise production louder than a person speaking, security cameras do not naturally have such capabilities. The only way to apply such a feature is to add speakers and horns to your security camera system that links with an alarm or intercom system.

Why do surveillance cameras have no sound?

There is more than one reason why security cameras and surveillance, in general, might not feature audio absorption or production capabilities. For example, the United States has anti-wiretap laws that dictate a person’s communication cannot be intercepted to any sort of degree without certain parameters being met. Furthermore, the laws differ by state and federally with one, two, or all-party consent laws. Some countries even forbid the recording of audio outright when it comes to surveillance.

Furthermore, many security camera installers and companies with surveillance do not want the liability that comes with the feature. On top of the laws mentioned above, recording audio gathers an immense amount of information that might leave an establishment open to lawsuits if details were gathered that lead to a crime. While speakers and horns can enhance the intake and production of sound, it is most often specific to production.

In terms of why there is no natural noise production with surveillance products and that there needs to be additional hardware for the feature, there is not much of a reason. For decades since the creation of such products, surveillance, speakers, and horns have not been built into each other, but rather have been separate pieces of hardware integrated with each other after purchase.

How can surveillance benefit from speakers and horns?

Speakers and horns provide security camera system owners with one key benefit, noise production. Whereas security cameras can detect movement, provide video footage day or night, and many more sophisticated features, they most often cannot produce noise that affects the surrounding environment. Speakers and horns do exactly that when integrated with the present security apparatus in a home or business. They make alarms louder, allow employers to give direction, and give anyone the opportunity to scare off potential intruders.

When you are interested in applying speakers and horns onto your property or business in Dallas Fort Worth, A1 Security Cameras has the perfect service for you. Our installation team can implement a fantastic security camera system with alarms, advanced features, home automation, and the products shown here. Contact us today for more information about this service and each of our products!