Pinhole security cameras might be the best possible option when placing surveillance in an area where customer comfort or visual appeal is the first priority. Pinhole cameras were developed entirely for covert surveillance, unlike the more durable and larger traditional security cameras. Lightweight and small in size, all that is needed for these cameras is a hard-wired connection to the recording hardware for a constant stream of video footage. Unlike other covert surveillance options, pinhole security cameras are easy to conceal and install wherever you need them. 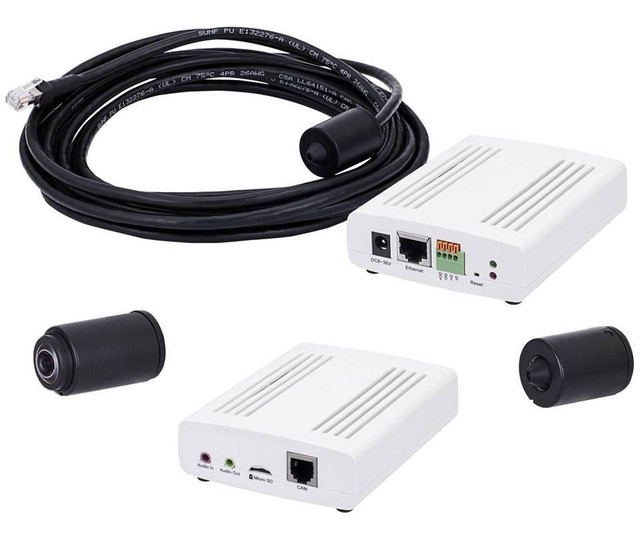 What is a pinhole security camera?

A pinhole security camera is a device used in surveillance for the covert and hidden recording of video footage. When used professionally, these indoor cameras monitor both residential and commercial environments generally without the knowledge of those in the room. By design, these cameras are entirely lightweight and small in size, making them perfect for adjusting to furniture or spots where they can easily be hidden. But, likewise, that also makes them more fragile and prone to problems when physically tampered with. Furthermore, such products sold by A1 Security Cameras each feature a design that requires a hardwired connection to power and signal if not power over ethernet.

How can you hide a pinhole camera?

However, we will provide a short overview directed towards pinhole security cameras. Hiding a pinhole camera is far easier compared to other options in surveillance. For most examples, these devices are either developed for a specific setup, can be placed among the clutter, or fitted to an inconspicuous mount.

Specific setups can include specific drill sizes, through a size-specific opening, or on another object. Many inconspicuous mounts can be placed onto furniture or in walls. Furthermore, pinhole cameras are often painted for better concealment and can sometimes be installed into statues or similar objects. Most notably, a certain amount of creativity will be required when placing these cameras without the help of a professional. A1 Security can quickly help with that with our design help service!

How does a wireless pinhole camera work?

Wireless pinhole security cameras work similarly to traditional security cameras, using a sensor to absorb the surrounding light or infrared light and then convert what is captured into an analog or digital signal. Like other wireless cameras, wireless pinhole cameras most often are powered through an internal power supply or are connected to an outlet via a transformer. A1 Security Cameras does not offer wireless pinhole cameras due to the reduced reliability compared to the wired alternative we offer. As seen with wireless cameras in general, the wireless connection is simply not as reliable as wired surveillance.

How small is a pinhole camera?

The size of each pinhole security camera can vary depending on each brand and individual model. For example, if one needed a mental image, some can be as small as a quarter, and some are larger than a person’s thumb, discluding the mount and wiring connecting the device.

What are the benefits of a pinhole camera?

Pinhole security cameras have some of the same advantages traditional security cameras do. They allow you to monitor any given situation or environment and to prepare you for a problem before entering the room. The most significant advantage of these devices is their ability to be concealed if that is the intention. While a bit more work is required for hiding cameras, pinhole cameras nevertheless provide a business owner, office manager, or the like with an extra set of eyes. That means employee behavior, policy adherence, and customer interaction can all be monitored to a greater level when pinhole cameras are deployed correctly.

What is the main disadvantage of a pinhole camera?

Unfortunately, pinhole security cameras have a bad history of being misused by malicious parties for more than one type of nefarious purpose. That means some states and countries have specific laws surrounding this type of camera. Furthermore, hiding these cameras is not necessarily straightforward, with their need for a hardwired connection requiring the hiding of wires along with the camera. That further limits the device, restricting its installation to how far the wire can be extended.

What is the difference between a pinhole camera and a digital camera?

Few comparisons can be made between the two types of cameras. For example, a pinhole security camera can be a digital or IP security camera, just as it can be an analog camera. The former is a specific type of camera, and the latter refers to the mode of transmission a given camera uses.

When you need covert surveillance, A1 Security Cameras has you covered with the best pinhole security cameras on the market. Customers around the world can consider and purchase each of our products for the benefit of their own security camera systems. Residents and business owners of Dallas Fort Worth can especially benefit from our installation services that can just as easily apply pinhole cameras with a security camera system. For more information on each of our products or services, contact us today!