In many cases the manufacturer will actually include their software for free when you purchase their cameras. LTS, Vivotek, Geovision are a few of the manufacturers that we carry that include free NVR software. Video Manage Systems (VMS) is software used to record and manage network based IP security cameras. The software has the ability to manage many brands of IP security cameras. This is vital in applications where more than 1 brand of IP camera is used. The software you see below are all 3rd party NVR software. If you need more info on the products below or if you need to have a server quoted for your application please feel free to call one of our video surveillance software experts. We are here to offer system design and industry expertise. 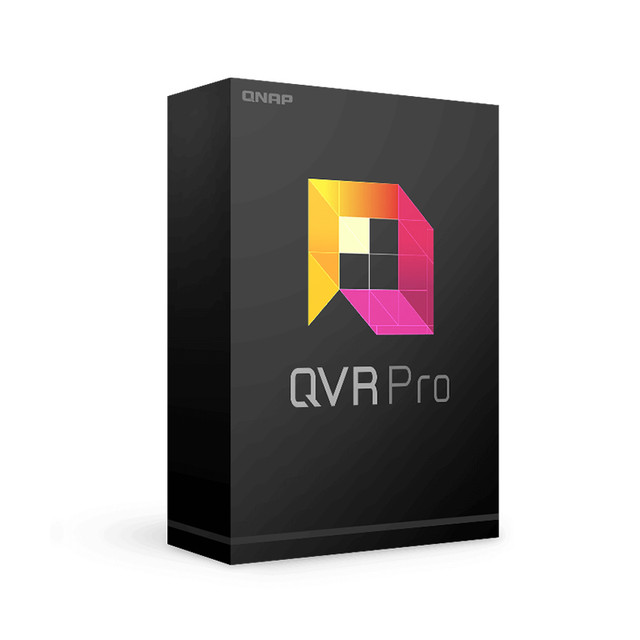 What is NVR software?

More advanced than the preceding digital video recorder (DVR), the present iteration known as the network video recorder (NVR) relies on software to fulfill basic and complex functions. Like the vast majority of other modern electronics, without such programming, the hardware would not operate to any sort of useful degree, even in the best security system. That is because hardware only includes physical components of each device, with possible examples in an NVR being:

While not all network video recorders will feature all of these physical aspects, most will come equipped with software to make the device function and work in conjunction with the greater security apparatus of a home or business. Such features that are made possible precisely by NVR programming include:

Each of these functions are written in code that makes up the programming stored in a hard drive that is then read through a motherboard before being converted into commands initiated by or for the user. This NVR software can be downloaded onto another device like a computer with a similar result, upgraded to serve higher operations, and accessed by another monitor or computer when the system is connected directly to a switch or router. Overall, this programming is also used to communicate with other mechanisms designed to serve a role in a security system like security cameras, motion detectors, and alarm systems.

What is surveillance software?

Surveillance software can refer to either specific programs in individual devices or overarching management applications, often known as video management systems (VMS). VMS is generally a catch-all term for both the initial NVR software outlined above as well as the more sophisticated programs that maintain larger security camera systems. Whereas the simpler version of the program is outlined above, the more advanced can possibly provide features depending on the specific package like:

While not all of these options are available on most advanced VMS software options, each can be applied to a security system after being purchased from reputable sources like A1 Security Cameras. However, it should be noted that while these options make a security apparatus more capable, they also are expensive and require extensive requirements. Along with the [roce tag, such conditions include a devoted system for the higher tier VMS and larger memory capacity if not a dedicated server. That is why such sophisticated systems are rarely, if ever, found in residential environments but instead are more specific to places with commercial security camera systems like law enforcement, private security, and businesses with multiple locations.

While the more advanced VMS options are not suggested for homes and small businesses, the more basic NVR software already present in each recording device suffices in standard security systems. The reasoning behind the reduced size for homes and smaller establishments is to avoid redundancy. Modern alarms already alert homeowners to detected intrusions while camera systems can be activated by sensors or have constant recording that can easily be parsed through. 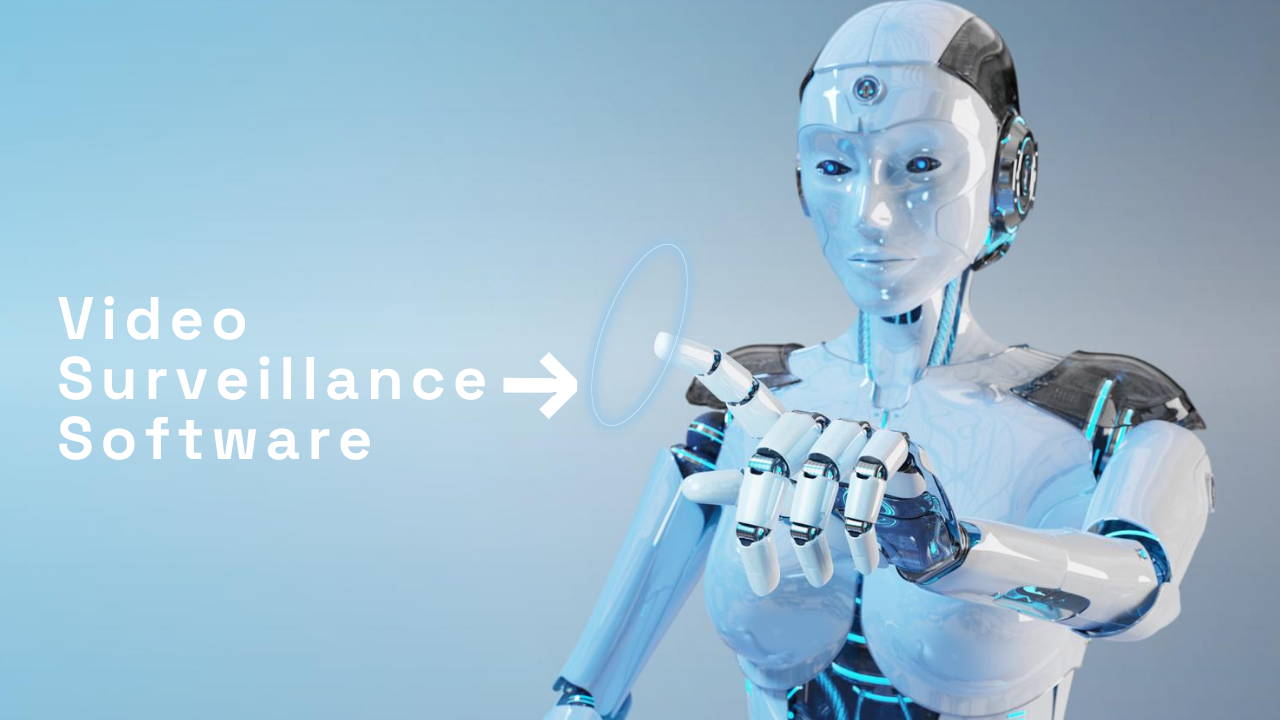 How does NVR software work?

In general, software is the coding, commands, and routines bundled into a program made on a computer then downloaded onto electronics like an NVR, DVR, or security cameras. The only suitable place for this program is the hard drive, random access memory (RAM), or other areas of storage where the system will access the data for running and each action it is capable of performing. Like how the software is dependent on the hardware for storage, the hardware will not be capable of functioning without the software as mentioned above.

While prior systems like digital video recorders and videocassette recorders processed recorded data internally, the present generation of recording devices does not. The network video recorder instead relies on the overall security camera system to accomplish that task, specifically through the cameras that manage the processing, while acting more as the management and storage device of the captured footage. That distinct difference is crucial because it puts a more significant focus on the storage of captured footage within the NVR and user interface for management rather than taking up memory space with software made for processing.

Some of the features in the more advanced video management systems mentioned above should also be mentioned in greater detail to avoid confusion. For example, while specialized searching through video data based on a specific time, date, and other qualifications is a software update, the addition of such a function will take up more memory space that would be used for footage captured by cameras if left empty. The same can be mentioned for features like:

However, the same cannot be said for examples like recognition software that both requires the addition of a specialized camera and added NVR software. This is similar in examples like:

For the most part, these upgrades can be applied to models that can support them. However, installing any to a system that cannot run the software may lead to an overall crash of the security system or other consequences that can have a long-term effect on the NVR.

What is the best NVR software?

Choosing NVR software definitely can be boiled down to each specific device rather than providing a broader answer, as seen in the above topics. However, few programs beat versatile video management software (iVMS) when it comes to managing software. Also, another way of saying video management systems, this recording device software for NVR and DVR is offered by A1 Security Cameras while also providing enhanced support for security systems. Such manufacturers of this programming offered by A1 include:

It will be noted that with NVR software and security systems in general, proper licensing is required. Often, these licenses can be included with products or can be ascertained through classes. However, these laws differ from state to state in the United States and country to country.

How to install NVR software?

For the majority of NVR software, ascertaining and downloading it to your network video recorder is a simple endeavor. The process is made much easier through A1 Security Cameras, with customers being able to choose an option from our Video Surveillance Software page and then have the product delivered in the form of a disk, drive, or directly through email after purchase. In addition, while older systems may require a specific version of internet explorer for viewing, newer recording systems are becoming more compatible with Google Chrome.

Upon receiving the program, the owner of the NVR security system can connect the device directly to a computer or overall network wherein they have access to the database of the device. When the NVR software is fully downloaded, the installation can then be done by transferring the program directly into the recording instrument through the computer. For owners connecting their new security system to their Mac computer, A1 Security Cameras has also provided step-by-step instructions for the required plugin installation.

Does NVR need to be connected to router?

Home and business owners will want to connect their NVR to a router or switch for the best possible result from a security camera system. Like streaming or gaming, direct wiring will provide a far more reliable internet connection for the entire apparatus. This is specifically applicable with wireless security cameras, which heavily rely on the Wi-Fi connection of the establishment or house. In addition, wired security cameras do not require an internet connection to send recorded video data to the recorder. However, a physical link to the internet is necessary when the owner wants remote viewing capabilities.

How do I secure my NVR?

Generally, there are two methods in which an NVR may be compromised, physically and through hacking. Upon being installed, most security professionals choose an internal location that can be locked or challenging to access upon intruding. Further defensive measures, however, are possible in the form of a locker or safe box that can be applied hardware like the NVR. However, keep in mind that placing such systems within a confined space may overheat the devices as they produce a level of heat depending on their functionality.

As mentioned previously in the A1 Security Cameras Blog about jamming devices, security systems can be hacked. However, password-protected wired systems are a significant challenge in themselves and have become a far more challenging labor to access without being physically next to the device’s interface. Of course, that is also without mentioning the built-in security found in most modern routers.

In conclusion, a properly installed NVR needs little added security, but there are options available that provide such. When it comes to durable cases, either make sure it has ventilation or is built specifically for the hardware. With defense against hacking, proper password application restriction of access will always prevail in keeping your system secure.

For further information on NVR products and security camera systems, enjoy the unmatched customer service A1 Security Cameras can offer you!