Door stations are one of the best additions you can make to your home or business when you need a way to screen visitors. Also officially referred to as door entry systems, these devices are perfect for both residential and commercial integration. Better yet, door stations effectively compliment security camera systems by granting you two-way communication at the primary entrances of your residence or business. Whereas in the past you would need a phone or video screen to answer every person at the door station, now you can receive them on your phone wherever you are! 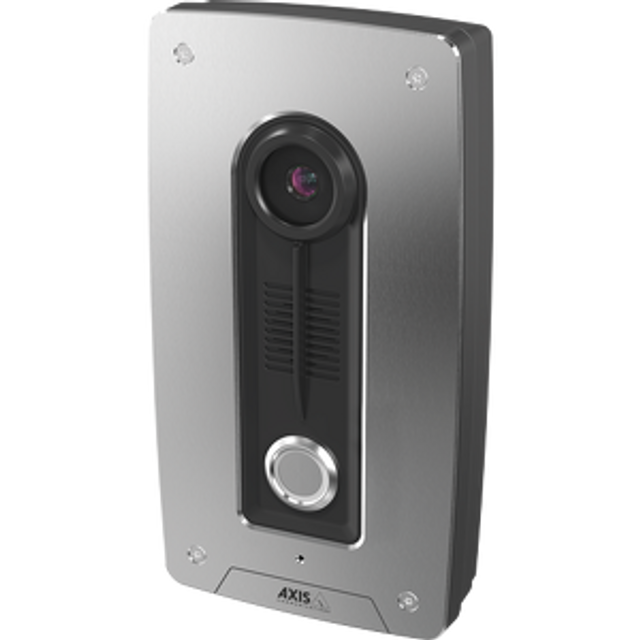 How does a door buzzer work?

When it comes to a door station with a door buzzer, the functionality is similar to that of a regular doorbell. During the installation process, the button acts as the initiator for a signal sent throughout the security camera system. Whereas past generations of the device would have it ring like a phone at a video screen or isolated telephone, newer models seamlessly integrate with the greater surveillance system and wireless network. That way, upon someone pressing the buzzer of a door station, you are sent a message on your phone from the door station through your security camera system that you can answer.

What is a video door intercom?

A video door intercom is a traditional term for previous generations of door stations that were generally isolated from other security or surveillance systems while featuring a two-way communicating device at the front door and an answering station within the home or business. As mentioned above, the older version of door stations no longer commonly use an isolated system, but rather integrate with a greater security camera system and can be answered from a person’s personal mobile phone or computer. Moreover, a home security camera system with a touchpad managing screen can also answer those interacting with the door station when integrated correctly.

What is an intercom door station?

In essence, an intercom door station is a system that allows you to answer your front door without actually being present through two-way audio. Most notably, modern devices of this nature are better known as door stations and most often feature both video and audio capabilities.

An intercom door station system is used for apartment complexes, hotels, and the like where multiple residences are present. In short, they are an interconnected system where the station at the front door has multiple options representative of the residents in the building or complex and can be contacted from that spot. Similar to the above, previous generations included a physical spot or phone a person had to be at to answer. However, now such calls can be answered from a personal cell phone.

Difference between video doorbell and intercom

While both can be references to door stations, an intercom only features audio while video doorbells can feature both video and two-way audio. If a door station is referred to as an intercom, it is generally one from a previous generation while a video doorbell is most often those found on houses and apartments. Video doorbells have most notably been used singularly and as a part of a greater system.

A1 Security Cameras can easily offer you the best door stations for your personal system or we can implement them as a part of a greater security camera system installation. Our professionals are highly capable and can make the most of each product you purchase from the A1 Security Cameras site. Contact us today for more information on our services and products!