Ever since Axis introduced the first popular wireless security cameras, the demand for such devices in homes and businesses has steadily increased. Since then, numerous types of WiFi security cameras have been developed.

How Much Data Does my Wi-Fi Enabled Security Camera use?

Ever since Axis introduced the first popular wireless security cameras, the demand for such devices in homes and businesses has steadily increased. Since then, numerous types of WiFi security cameras have been developed. While they are not nearly as popular as the wired alternative, experts in the surveillance industry expect them to feature a far more prominent role in the coming years. It is fair then to ask the above question when considering them for your security system. For a ballpark number, the level of data consumption could be as low as 60 gigabytes to higher than 400 gigabytes per month, depending on several factors for an exact estimate.

That can be frustrating for renters, homeowners, and business owners alike who are considering the addition of a WiFi security camera. For that reason, A1 Security Cameras has written this guide as a reference when considering indoor and outdoor WiFi security cameras for your home or business. We present to you this document that:

After reading this article, you should have a rough understanding of the specifications required when considering a WiFi security camera or security camera system with wireless capabilities. Combined with our free tools, like the Bitrate Calculator and NVR/DVR Storage Calculator, developing your personalized plan can be a piece of cake. Now to discuss the particular factors that play into data consumption by WiFi cameras! 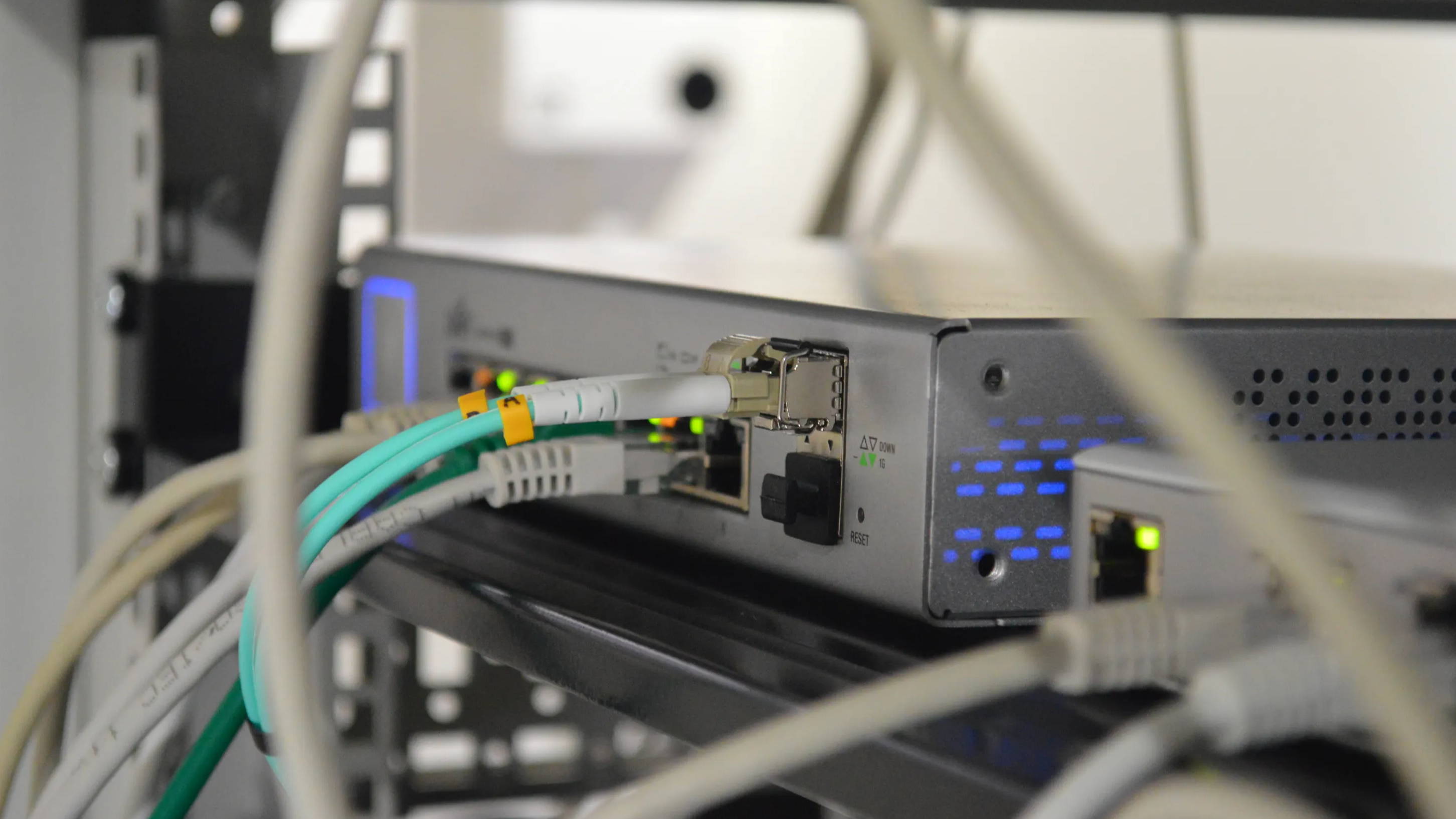 For WiFi security cameras, and most electronics that have wireless capabilities in general, there are distinct factors that determine data consumption. For each, these are:

Compression: All security cameras, in one way or another, condense recorded video down to a size manageable by the storage hardware, also known as compression. The most popular form of compression (at the time of writing) is H264, while the next generations are H265 and H266. H265 is widely available and provides more detail in a smaller package than what H264 is capable of, but H264 is much less expensive. Unfortunately, H266 is not yet widely available to the general public.

Frame rate: Similar to how old cameras would use a reel with individual images on it that ran fast enough to provide a fluid story, security cameras record and develop video in a similar fashion. Frame rate is how many frames can fit into a specific length of time, generally a second. Universally recognized as frames per second or FPS, the higher this number goes, the more data will be consumed respectively.

The number of cameras: Put simply, each individual camera that uses any wireless functionality will consume data. The more cameras that do so, the more data is used regularly.

Resolution: Each wired and WiFi security camera produces footage at a different resolution. Resolution is the number of pixels or smallest form of measurement present on a given screen. For example, 1080p (p stands for “progressive scan”) is typically recognized as high definition, whereas 4K resolution means around 2,160 pixels on a given horizontal stream.

Streaming: Streaming is the act of viewing a security camera feed or recorded video. In this case, most people understand it as remote streaming, and it consumes data depending on the quality of the video. Depending on your system, it could be as little as several kilobytes per second or several megabits per second. Such a detail matters if you hope to use your security system remotely.

Upload frequency: When you plan on using cloud storage or actively transferring video footage over a wireless system, as seen in most wireless cameras, upload frequency determines how much data is consumed by that action. When cameras are constantly rolling and not motion activated, transferred data can easily exceed 60 gigabytes a month.

As mentioned above, these factors are also found on other devices that share a given network with a surveillance system. A gaming console, for example, will run excellently if it is the only system actively using WiFi and will likely consume 40 to 300 megabits per hour. However, its performance might suffer if someone is playing a game and another person is streaming videos on the same network elsewhere. Streaming videos can use up to one gigabyte per hour, and that consumption can be tripled if it is in high definition. If both users are to assume they can enjoy the highest quality while using their entertainment simultaneously, they would need a network that matches that demand. Such a reference is essential for homeowners interested in a modern security camera system.

As shown, each of these features can make up how much data a WiFi security camera consumes. When included with other systems in the same network, a WiFi security camera system will put a strain on the network equal to the video produced. Therefore, when considering your surveillance system, it is vital to measure your internet speed, available data, and available bandwidth. Now we will move on to highlight the most popular types of security cameras on the market and how they have to do with WiFi. 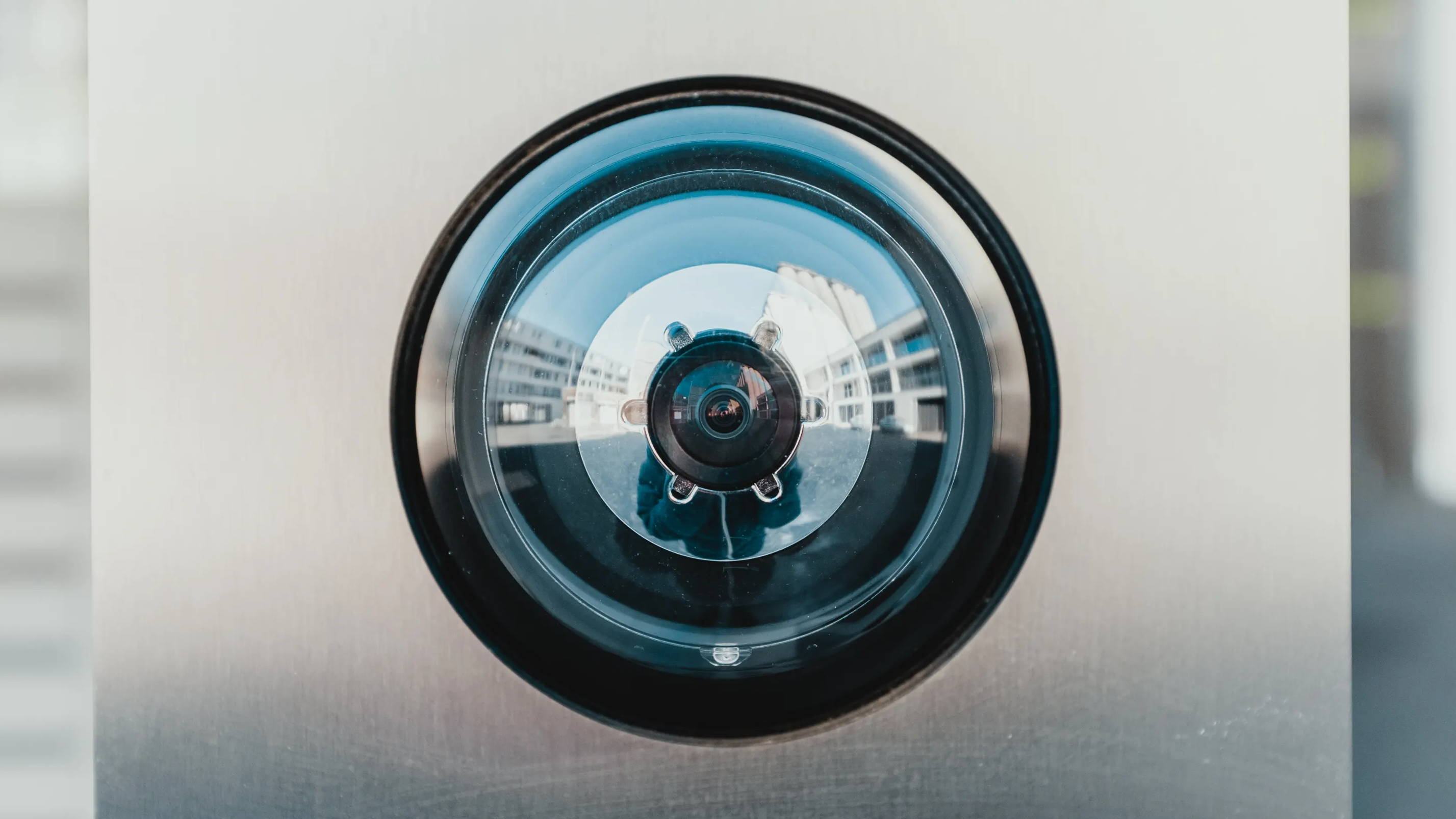 Can analog cameras work over WiFi?

Not by themselves, no. Analog cameras were and are designed to run signals over coaxial cables. With the help of additional equipment, namely a wireless receiver and transmitter, can they be provided the ability. However, analog cameras that are switched to wireless inevitably experience a distinct drop in quality.

Cloud security cameras are typically made with convenience and user-friendly features in mind. They are generally small in size and inexpensive upfront. However, they also will normally use less data and offer better wireless features with a monthly subscription. These cameras do not necessarily consume much data, mainly when producing video footage on lower settings.

IP cameras have the capacity to use near the lowest or highest amount of data depending on the settings they are configured with. Such a device of this style can be a flexible WiFi security camera due to the features it can come with. Furthermore, the configuration can include switching between compression levels, adjusting resolution, and more. 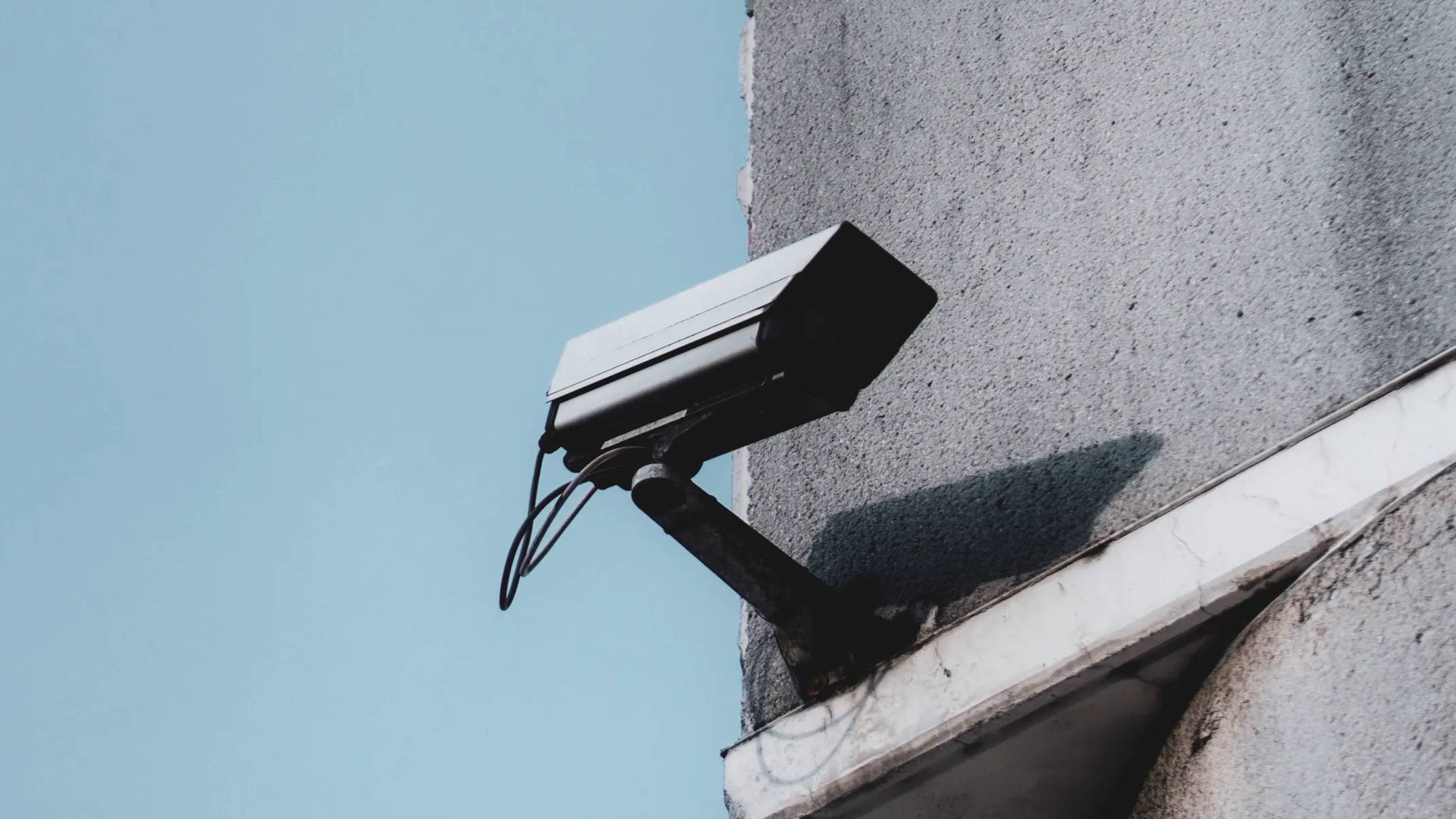 4K security cameras have the potential to consume the most data simply by way of the quality of video they produce. Coming in multiple forms, these cameras can be internet protocol, cloud, or another type of WiFi security camera just as well and do require around 25 Megabits of bandwidth for functionality.

4k is the clear winner between the two when it comes to quality. Whereas high definition will be around 1080p, 4k is around 2160p. However, if you are looking to be more efficient with your WiFi security system, high definition is far more manageable than 4K quality. It should be noted that most security cameras also offer a lower setting at 720p, which still produces a quality video.

Does the recorder make a difference?

Yes, a recorder will cut down the amount of data used by a security camera system by a wide margin. Unlike cloud cameras or those enabled with the ability, cameras with a recorder save data by simply transferring the information to the central point. For example, IP cameras that use a network video recorder save on a substantial amount of data consumption. Furthermore, when such cameras are wired, the majority of the data used on a given network is by the features present like remote streaming and notifications. 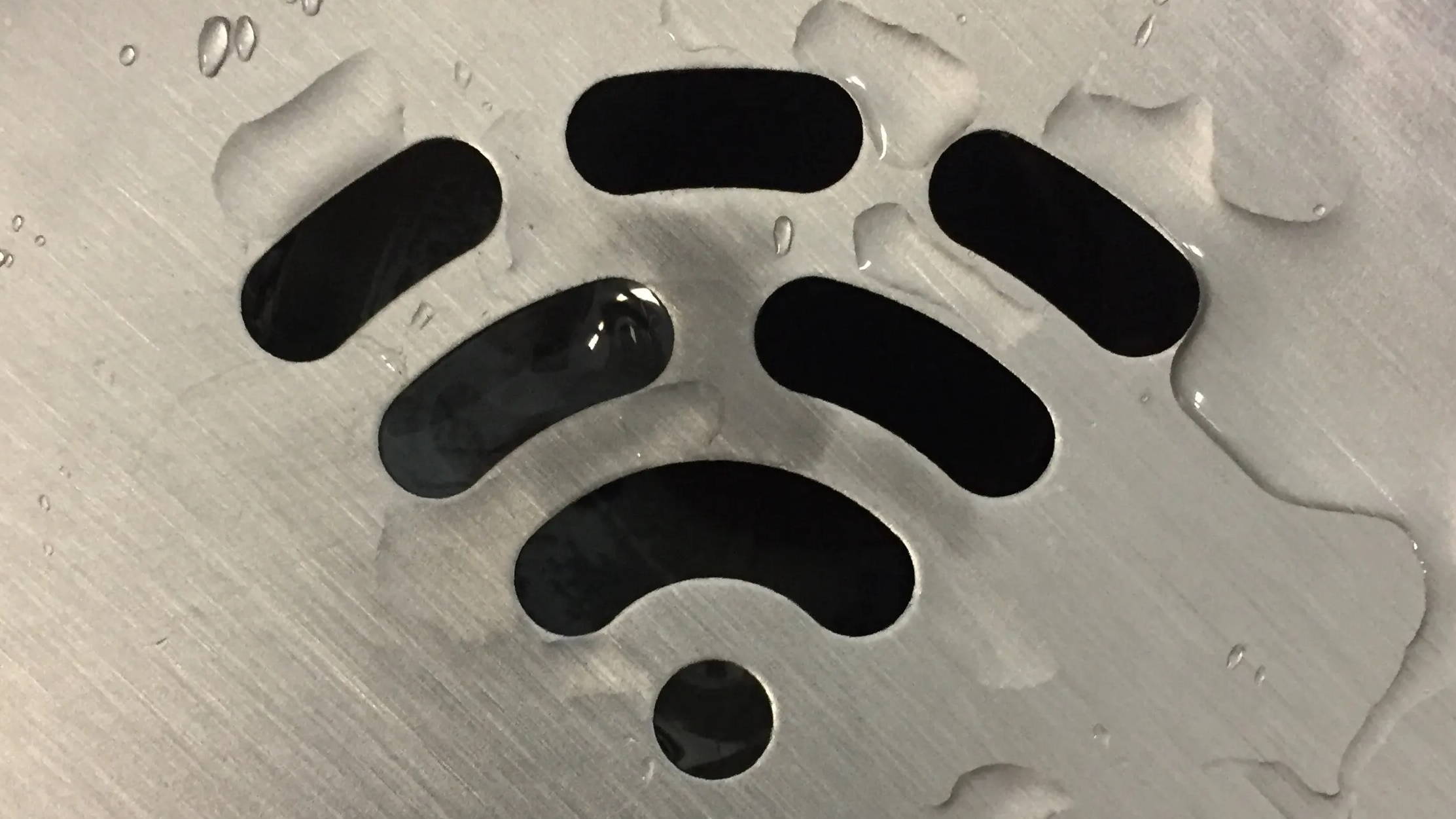 How can I reduce security camera data consumption?

Whereas there are multiple options to increase the data usage from your WiFi security camera, there are just as many options to decrease it. In simple terms, all a person needs to do is reduce the level of each feature provided above. Like before, we will walk through each:

Frame rate: A higher frame rate means a much smoother and improved video that very few jumps. A lower frame rate does not necessarily mean a video with a pause between each frame, but it will be reduced in quality. However, it should be noted that most people do not necessarily use the best frame rate, even on prior gen security cameras.

The number of cameras: You would not be expected to reduce the number of cameras in your security system. If you have multiple and require less data consumption, reducing quality across the board will help. Furthermore, adjusting camera settings to motion activation or adding equipment to do so will cut back the video footage immensely.

Resolution: Lowering resolution is similar to frame rate and compression. In this case, you may lose slight detail that gets progressively more noticeable the lower you go. As mentioned, however, 1080p is typically recognized as high definition, and 720p is regularly used while retaining excellent quality.

Streaming: Streaming is a different factor compared to the others mentioned due to it being used on your phone and not an in-house aspect of your video footage. However, reducing the video footage quality of your remote streaming is entirely possible. A1 Security Cameras also recommends system owners research Zero Channel as an effective solution.

Upload Frequency: As mentioned, constant surveillance with wired and WiFi security cameras can consume a hefty amount of data. However, there are methods to trim down what is used in such a process. For example, motion detection, compression, and amount of movement all play a part in how much data your video upload takeup. Implementing motion detection while moving cameras to critical spots that might experience less foot traffic is only one of several solutions available to you.

A1 Security Cameras tries to go out of its way to provide customers with as much detail as possible when you are considering a security camera system. As shown, while there might be a lot to think about when it comes to WiFi security cameras, such devices are perfect for home and business owners alike. Residents of Dallas Fort Worth can get even more detail when having our installation team take up the challenge of implementing your surveillance. Contact us today to get more information about each of the fantastic products we have featured in our online catalog. Our team is ready to help you get the best system that meets your needs; reach out to us today for more!