One of the requests we most often receive from our first time customers is to recommend a surveillance system for a given application. While we have our preferred brands and models, we expect our customers to assume the roll of a security camera installer for a moment and consider these key points.

The Difference Between Analog and IP Security Cameras

One of the requests the A1 Security Cameras team most often receives from our first-time customers is recommending a surveillance system for a given application. While we have our preferred brands and models as the best team of security camera installers in DFW. We typically like to ask customers several questions on the subject. One such request we make of our customers from time to time is to assume the role of a security camera installer. After some time, we typically end up on a question along the lines of what the difference between analog and IP cameras is. In this article, we highlight just that, focusing on the points of:

Each point is important because they highlight the essential factors that play into each security camera system that we have installed in the past decade and more. With that said, in this post, we’d like to shine a spotlight on the given difference between analog and IP security cameras as they are some of the most popular types of security cameras we offer and will be for the foreseeable future, at the time of writing. After reading this post, the reader should have a solid idea about the cameras, what they are capable of, what system can ideally support them, and how that would look in your home or business.

Prior to entertaining any of the points, we are going to highlight the equipment that each security camera should be ideally surrounded by. If for nothing else, this will provide you with a solid foundation when considering internet protocol versus analog cameras, as they each are distinctly different when it comes to surrounding infrastructure.

Such is because each produces different results and features based upon the technology available when developing the device. However, that’s getting ahead of the subject matter. Below you will find a graph that details the surrounding security equipment used with each camera:

As shown, the difference between analog and IP security cameras when equipment is concerned is distinct. Such is due to analog cameras and systems being prior generation while digital devices being the current at the time of writing. That detail plays explicitly into the price of each, with analog cameras and their supporting equipment being across the board less expensive than the modern alternative. As shown above, IP cameras have a higher cost for a specific reason in that they are afforded with more capability than the prior generation of cameras. A1 Security Cameras also goes more in-depth about each specific type of camera in our blog.

It should also be noted that an IP camera system may be less expensive if it is wireless. However, A1 Security Cameras has covered the wired vs wireless debate before. While wireless cameras may be convenient and less costly, they are not as reliable. We implore you to consider that further as we continue on to the next subject. Examples of such can be found in our past articles like:

We do our best to offer as much information to our customers as possible so that you may be able to both make an informed decision on your surveillance and have the capacity to configure them as you see fit! 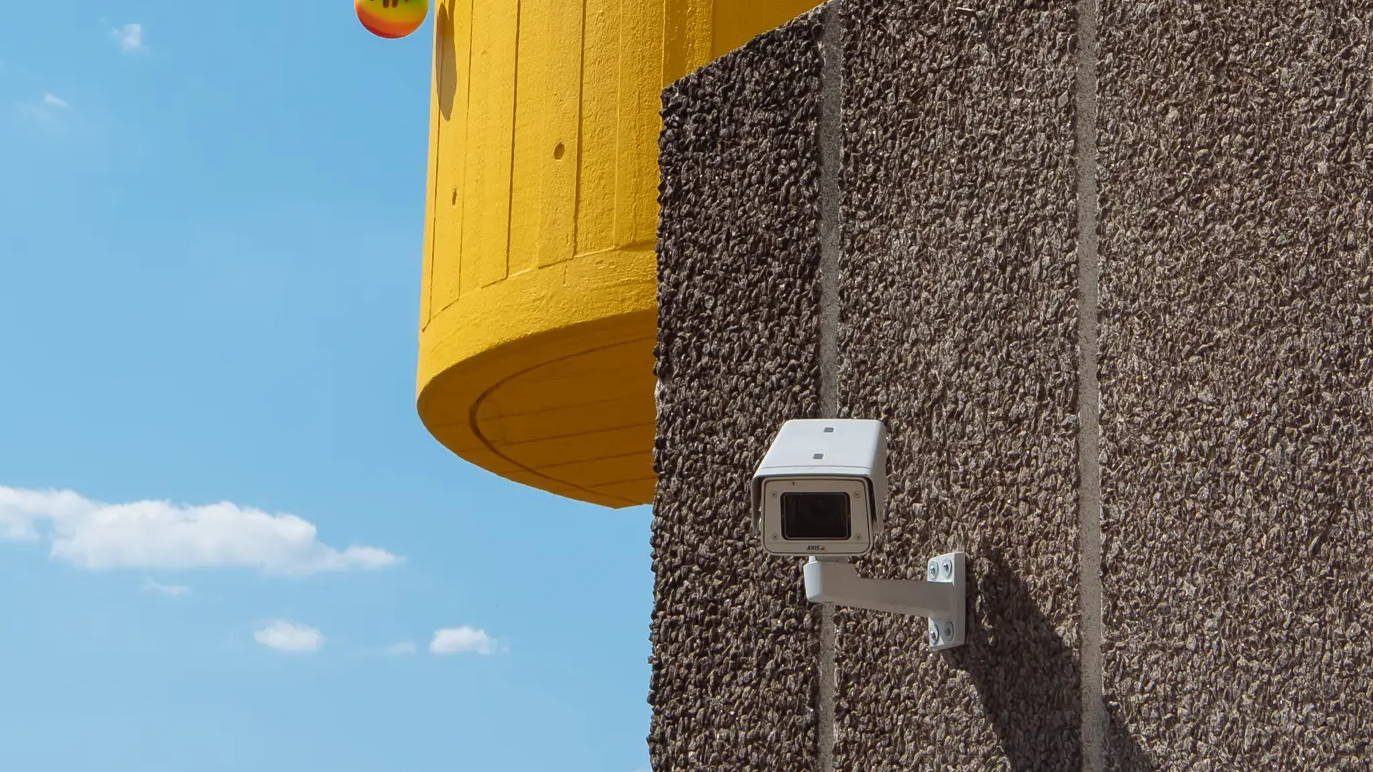 Upfront, IP cameras typically have quality when compared to analog cameras. How far and with any amount of clarity a security camera can see is dependent on multiple factors. We will focus on the not-so-obvious hardware in both cameras called the sensor. Otherwise known as an image sensor, this hardware acts as the eye for all security cameras. It uses the light that naturally flows through the lens before the image is made internally then sent via analog or digital signal through the connection to the recorder. Depending on your security camera, you could be using a CCD or CMOS sensor.

CCD, standing for charge-coupled device, sensors are the most popular sensors for security cameras on the market. Found in both analog and IP cameras, these sensors are complemented by the camera's design and benefit from features around it. When focusing on the distinct differences between the two, IP cameras suffer less from noise than analog cameras. Noise, in this case, is the grainy interference found in a given video feed. Due to IP cameras being entirely digital, the produced signal is far better in quality, while the older alternative uses analog signals that are prone to quality degradation. Such degradation is particularly crippling when looking at farther-distance objects.

CMOS, complementary metal-oxide semiconductors, sensors are the newer type of sensors on the block and are far more capable than the predecessor. However, between the two types of cameras, only IP cameras feature them. Furthermore, these sensors are sharper, provide more quality, and produce a better resolution but are not nearly as widespread. Comparatively to other electronics, like cellular phones and scientific equipment, the CMOS sensor has displaced the alternative.

Such detail is essential when discussing the difference between analog and IP security cameras because it allows you to understand how images are produced from each. Then put bluntly, IP security cameras have superior video footage compared to analog surveillance. Furthermore, newer cameras with CMOS sensors are known to deliver sharper videos with far more pixels than prior generations of cameras. Meaning IP cameras see at a farther distance with more detail.

Our product line ranges from 300TVL thermal imaging cameras to 40MP 180-degree panoramic security cameras. With the advances made in today's imaging sensor technology, high-definition surveillance is cheaper than ever, as mentioned above. Before investing in a potentially expensive surveillance system, there are some things to consider when choosing a resolution.

The resolution is defined by the number of pixels in the produced video footage that comes from a security camera. For this point, something to keep in mind is that newer cameras typically have progressively better resolution while older alternatives tend to feature worse results. IP cameras simply have better quality in terms of resolution on a regular basis. Furthermore, the internet protocol features high definition and 4K options, whereas the alternative does not.

Moreover, IP cameras are just as capable when covering more expansive viewing areas as they are with zooming in or specific location viewing. Such detail is essential because these cameras are more capable of capturing detailed depictions of faces, license plates, events, and more. Such is seen in the license plate recognition cameras, which see a distinct difference between analog and IP cameras respectively. Such quality plays into the price of both, as mentioned above. 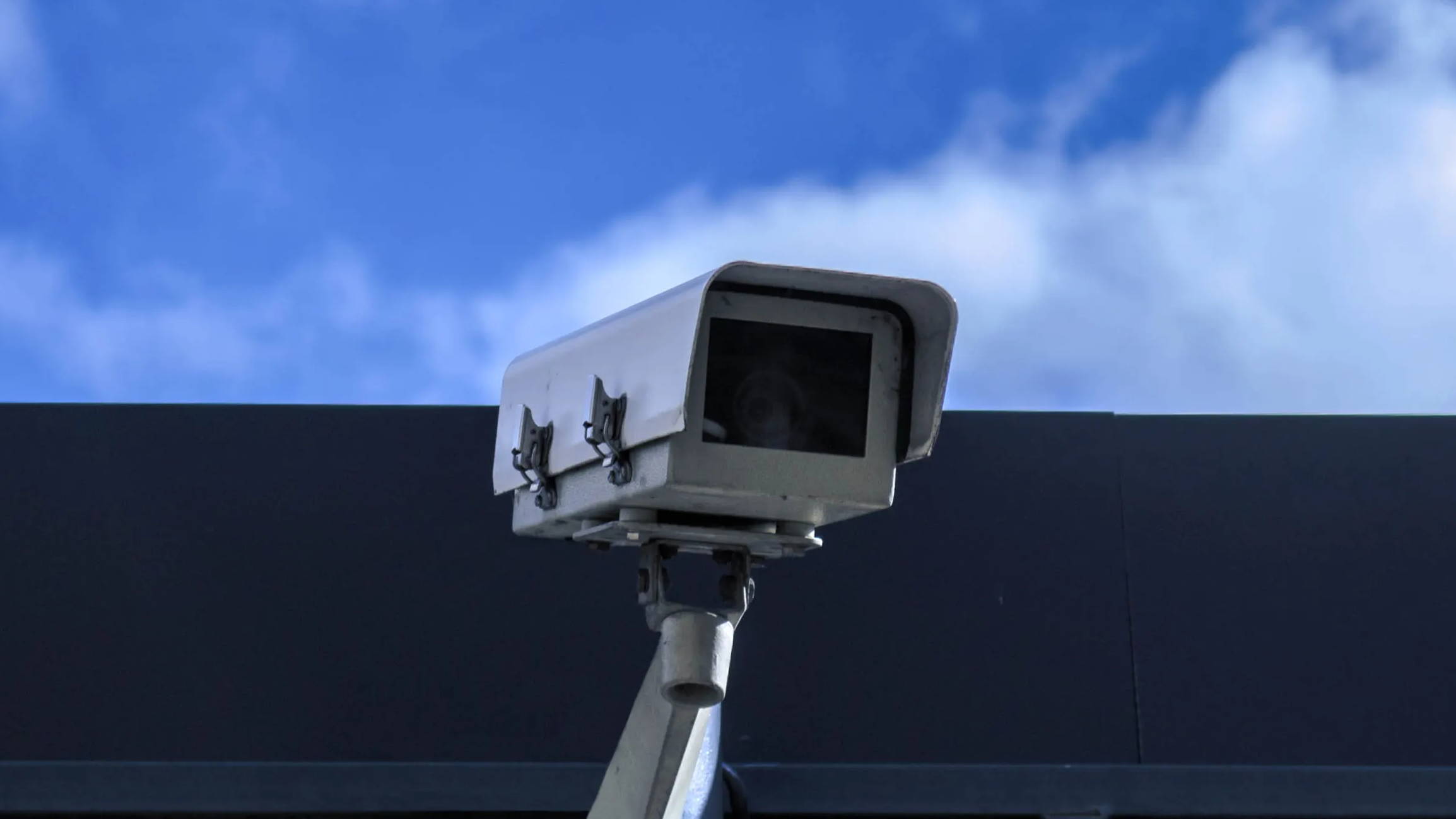 Distinctly different from the other factors, storage is a somewhat different subject to explore that is related to the difference between analog and IP cameras but also has to do with the recorder. Traditionally, both analog and internet protocol produce the video footage and send it to a recorder. Depending on the recorder, it could process the incoming footage and then transfer it to the hard drive or just transfer it directly for later viewing and management. As mentioned above, analog uses DVR and IP uses NVR.

However, there is a much more significant difference between analog and IP cameras in this regard. Internet protocol cameras are far more capable, producing higher resolution and quality video footage. Unfortunately, the cost of higher resolution and quality means more space taken up in the hard drive. The same is valid with how much data an IP camera will use, whereas analog cameras feature reduced consumption comparatively.

Put simply, the difference between analog and IP cameras where storage is concerned is that internet protocol simply uses more. Due to more features and better video footage quality, these cameras will require larger hard drives. Many do also feature an onboard storage option that provides support for those looking for a more lightweight system, but installing without a recorder means relying only on a reduced amount of storage. Analog cameras do not have such a feature, depending solely on a central DVR.

Due to normal sensors having reduced or no performance during low light and nighttime conditions, most newer security cameras are built with sensitive infrared sensors accompanied by external infrared lights around the lens. Especially true with outdoor security cameras, this technology allows for surveillance even in pitch black conditions or moonless nights where visibility is extremely low.

Unlike most of the factors in this article, analog security cameras still provide better video footage when surveilling low light or nighttime environments. In a technical sense, this is because analog security systems are less susceptible to electronic interference and capture movement to a slightly better degree at night when it does not suffer from noise in the recorded footage. However, both tend to be limited to a range of around 50 feet in normal circumstances. This range can be improved with the use of infrared illuminators and proper lighting.

It should be noted that when placed incorrectly, both will suffer from what is called “ring glare,” which is an issue that causes the internal lights or ring of light to reflect off of the lens. Correct camera placement should remedy this issue, often adjusting the camera alone should fix it when it occurs.

Which one is best for you?

As shown, the difference between analog and IP cameras can typically be boiled down to analog being less expensive and internet protocol having more sophisticated features. While regardless, they both inherently come with advantages and disadvantages, either providing their own set as well. The team at A1 Security Cameras can easily help you resolve such a dilemma when you are stuck on choosing between one type of camera or another. Furthermore, we can provide system design help when you are looking for the best way to implement your security camera system into your home or business. Contact us today for more information on the best security camera you are considering!