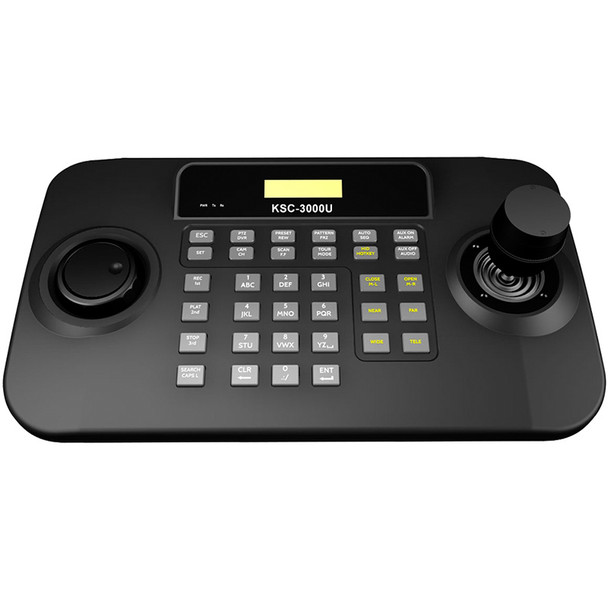 The KSC-3000U Series is a USB keyboard controller for use with Pelco’s analog cameras (Pelco D and P Protocol) including the Spectra Mini (SD5 Series), Spectra IV, and Esprit SE.

The KSC-3000U Series is capable of half and full duplex mode with two RS-485 ports.

The KSC-3000U Series can be used as a mouse, keyboard, or joystick for a PC or network video recorder without external driver installation. Alphanumeric characters’ input is supported through the numeric keypad in Keyboard Mode. Mouse scroll and sensitivity setting is supported in Mouse Mode.

All buttons on the KSC-3000U Series can be used as the joystick buttons and are programmable except for ESC (when exiting from HID mode) and USB HID (when changing from three different HID modes).