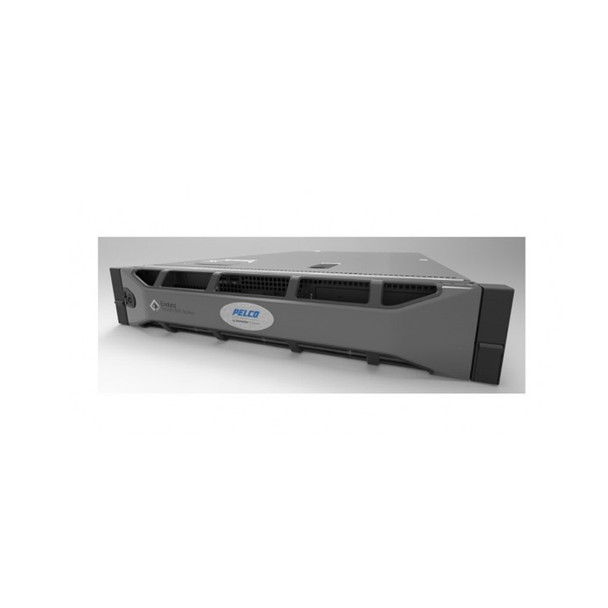 The demands of surveillance applications place unique strains on storage subsystems. Storage systems require the bandwidth and capacity to keep up with incoming streams. They must also simultaneously manage all other common disk and RAID functions. In addition, physical security applications are almost always mission critical. Any downtime, degraded performance for routine maintenance, or loss of recorded footage is extremely disruptive to the organization’s physical security mission. The NSM5300 has been engineered to meet these unique performance and reliability demands. Custom hardware components, to eliminate common performance choke points to a patented scheme for writing content to a disk drive, have been specifically designed to deliver sustained high throughput for recording and playback. The NSM5300 is capable of a maximum of 400 Mbps of throughput for incoming streams while delivering 32 simultaneous playback streams per storage pool. This performance is maintained whether the system is operating under normal conditions, dealing with disk drive errors, or rebuilding the RAID array. The NSM5300 improves the total cost of ownership and energy efficiency by consolidating disparate components into a single chassis. The 400 Mbps throughput provides double the improvement over Pelco’s first generation integrated recorder, allowing users to service far more data streams in one storage unit than previously possible. In addition, with the integration of the storage controller functionality into the storage chassis, cost and energy efficiency is optimized by eliminating the cost of additional servers and the associated heating, ventilation, and cooling costs. Finally, the use of lower power components and adaptive cooling inside the chassis manage power dissipation based on load requirements. Reliability is enhanced through the use of redundancy at all common failure points. An USB Flash drive is used to host the operating system for higher reliability than traditional hard disk drives. To mitigate any downtime resulting from USB Flash drive errors, the database is striped across the storage array. The RAID 6 storage configuration provides double parity protection of recorded data. The hard drive bay is cooled through the use of high capacity, redundant fans to ensure that the drives are kept at an optimum operating temperature. Finally, fully redundant power supplies guard against any power supply failure.