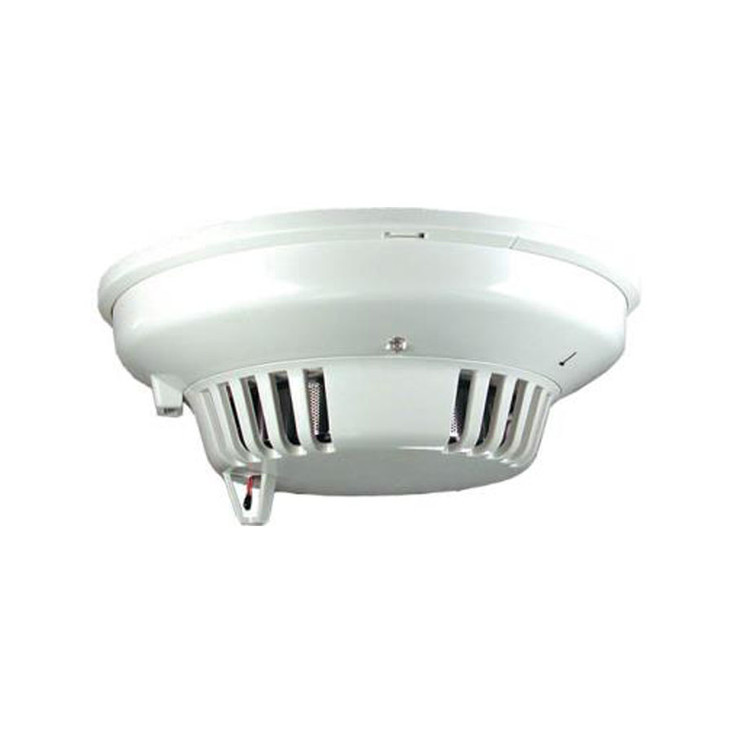 The D263/D273 Series are UL Listed, open-area detectors designed for use with commercial fire protective signaling and household fire warning systems (refer to NFPA 72). For commercial and industrial installations, space the detectors 30 ft (9.2 m) apart as recommended by NFPA 72. An LED indicator flashes approximately every 3.5 sec to verify the detector has power and the smoke sampling circuitry is functioning. The LED latches ON during an alarm, allowing the user to easily verify individual detector alarms. After you clear the alarm condition, reset the detector by interrupting power.

The LED on the D273IS latches on during an alarm from heat but not from smoke. Power supervision requires an optional end-of-line (EOL) power supervision device such as a D275, on the D273 Models without EOL relay, and an EOL resistor as specified by the control panel manufacturer. The D273ES, D273THE and D273THES have a built in EOL supervision relay and can be used as an equivalent to the D275.