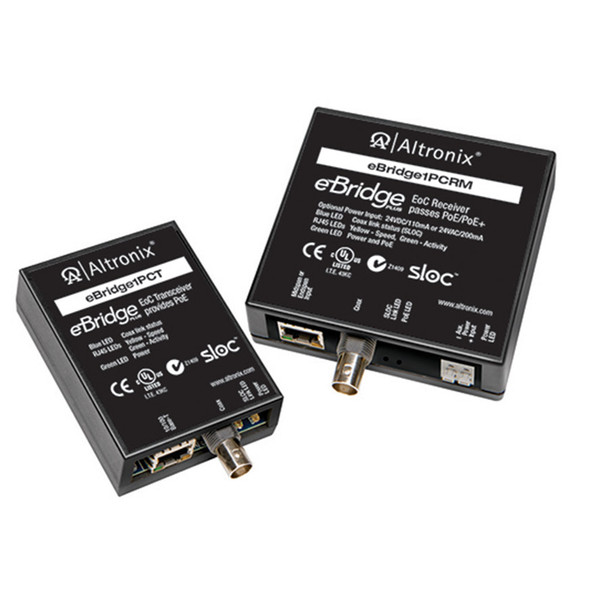 eBridge1PCRMT is a single port EoC Receiver and hardened Transceiver kit that transmits data and passes power over coax cable. eBridge1PCRM receiver is powered by a PoE midspan or endspan product, such as a NetWay8M and NetWay16M and sends its power over the coax to the eBridge1PCTX tranceiver under PoE protocol. This enables the eBridge1PCRM to be used in a managed manner, allowing for remote camera reset. The transceiver in turn delivers that PoE compliant power to an edge device/camera. This plug and play unit facilitates system upgrades from analog to IP utilizing existing legacy Coax and eliminates the costs and labor associated with installing new network cabling. Data transmission and power over the Coax is possible up to 500m in comparison to 100m Ethernet distance (CAT5e). A maximum range from headend to the edge device/camera is 700m, taking into consideration that up to 100m of structured cable may be deployed from the receiver to the network switch and the transceiver to the edge device/camera.