When you are looking for a sophisticated solution to security and surveillance, Avigilon is one of the best options A1 Security Cameras can offer you. Known for its excellent surveillance products, this company easily provides some of the most advanced solutions on the market, from security cameras and recorders to software that enhances each aspect of your security camera system. Known for their advanced software, surveillance using Avigilon software often offers sophisticated video analytics and artificial intelligence capabilities. Furthermore, software under this brand is known to bring past-generation equipment to modern standards.

A1 Security Cameras can help you make the most out of your Avigilon products with our system design services. Contact us today and ask us about how we can help you! 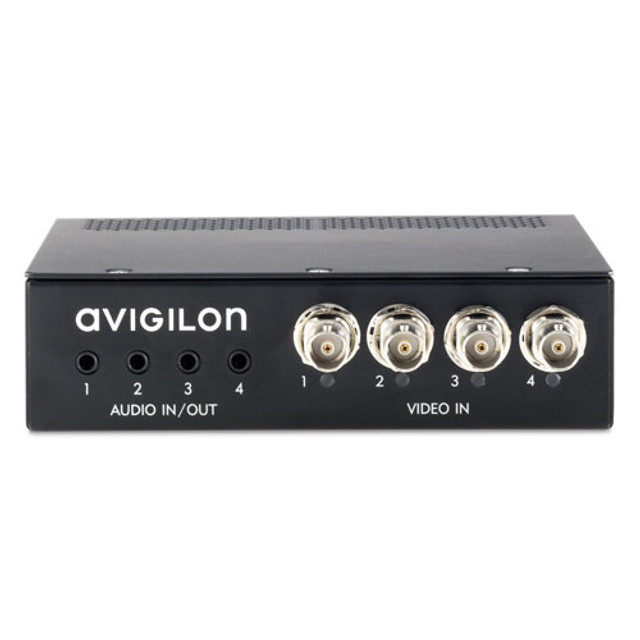 What is Avigilon used for?

Most often, Avigilon products are used for residential and commercial surveillance. Most notably, the Canadian company develops and produces some of the most sought after surveillance software on the market. Businesses particularly have seen excellent results when using both the hardware and software of this brand, enjoying features like:

As can be seen, Avigilon software is capable of producing some of the most advanced features seen in surveillance. While not necessarily found in every example or product, the programming designed by this brand work extremely well when integrated into a security camera system under the same name.

What industry is Avigilon in?

Avigilon can be considered a multi-industry brand, offering products most commonly found in surveillance and security fields. While it can be considered an audio and video equipment manufacturer, Avigilon produces equipment often used in several different fields, with some including:

Businesses in these industries and more commonly benefit from using Avigilon products, with many enjoying enhanced surveillance through the implementation of the advanced Avigilon software. Furthermore, this brand has proven resourceful in assisting companies to combat the Covid pandemic with specialized products and technology that worked for businesses across the market.

Is Avigilon made in America?

In both cases of product origin, Avigilon products do adhere to the restrictions set in place by the United States government when concerning the National Defense Authorization Act. Particularly in reference to section 889 and the broader bills passed by both the Trump and Biden administrations, Avigilon products are an option for federal entities and contractors. For more specific information on this subject, check out the A1 Security Cameras NDAA Guide!

Is Avigilon owned by Motorola?

Yes, Motorola Solutions purchased Avigilon in February of 2018 for $1.2 billion. Prior to that, the company was founded in 2004 by Alexander Fernandes in Vancouver, British Columbia. The company would then go on to become a major player in the industry, being recognized for its surveillance hardware and sophisticated software. In November of 2011, the company would go public prior to the acquisition by Motorola seven years later. At the time of writing, Motorola also has other surveillance companies in its possession with others including IndigoVision, WatchGuard, and another listed manufacturer on the A1 Security Cameras, Pelco.

Do Avigilon cameras have audio?

Many Avigilon cameras can have audio capabilities, providing the owner of the security camera system with the sound that comes with the recorded video footage. Furthermore, many devices can allow the user to broadcast a noise or alarm in response at their discretion when speakers are attached to the device. Such a capability is grated at the viewing area or when the ACC Mobile 3 app is installed onto your mobile phone.

Keep in mind that with audio capabilities, each American state and Canadian province tends to have different laws surrounding audio recording with security cameras. As mentioned in one of our previous articles titled Improving Home Security System Audio and Visual Quality, many in the industry simply do not offer the feature due to liability, and those that do are in the minority. A1 Security Cameras does feature products with audio, but they are typically one way. We recommend researching your local and national laws surrounding the subject before coming to a final decision.

Upon setting up most Avigilon cameras, there is a preset username and password. Both are admin and should be configured to your personal preferences shortly after the initial setup of the security camera is complete. This should be a normal practice for each of your surveillance devices, recorders included, in order to attain the best possible security from your security camera system. Many cyberattacks target the basic ports of entry when it comes to surveillance, inputting countless guesses in the username and password spaces while employing other methods like phishing and scam links. While A1 Security Cameras suggests a wired connection for each security camera for better security, we further recommend that each device that can have a password most certainly should!

What is the default IP address for Avigilon cameras?

Obtained through the DHCP server, the IP address for Avigilon cameras is 169.254 and will default to that. This information is important for port forwarding your Avigilon internet protocol security camera, for which A1 Security Camera has already written a general guide for titled Port Forwarding for IP Security Cameras and Networks. While entirely useful in practice, viewing through the recorder instead of the security camera individually is what we suggest.

How do I change the IP address on my Avigilon camera?

Assigning a static IP address to your internet protocol cameras within your security camera system can be done through the network tab. While we recommend you seek out a professional for the process, A1 Security Cameras understands the need for the information. As a start, assigning the IP address range goes as follows.

When specifically needing to use a static IP address for an individual camera, the process goes as follows.

After this process is complete, your security camera should have the IP address of your choosing. However, A1 Security Cameras and Avigilon both recommend assigning IP addresses from accessible subnets. Doing so with an address you cannot access or are not familiar with will make the camera inaccessible for viewing.

What ports need to be open for Avigilon?

Avigilon has specifically outlined its requirements for ports in the Port Configuration Guide found within their User Guide. To access Avigilon cloud services, this information is important and just be understood by installers and owners who are looking to employ such products at a more advanced level. When implemented by A1 Security Cameras, we make sure an Avigilon security camera system is employed correctly in this regard.

What is Avigilon Gateway?

By using these specifications, you are sure to have a solid viewing experience. Furthermore, the software will not necessarily allow for viewing on every browser with specific parameters for each including:

Avigilon has also developed applications that allow for streaming on both iOS and Android.

How do I reset my Avigilon camera?

Resetting to factory default in Avigilon cameras can be conducted through the configuration panel. Unscrew it while power is on, gently press and hold the firmware revert button before releasing after three seconds. Reinstall the panel and your camera should be reverted back to factory default settings.

How do I access my IP camera web interface?

If your camera has already been configured and is connected to the recorder, the process is a simple matter. Simply input the camera IP address into your web browser (reference above for the right version). Click settings, Basic, Network, and then information to see the HTTP port number that the camera uses. Change this number to the one you prefer and reboot the device before reconfiguring the port forwarding settings. Configuration is handled through the router.

ACC7 is an advanced form of Avigilon control center software used to manage security camera system equipment under the same brand name. This software allows for multiple advanced features to be employed within a given surveillance apparatus, provides high-definition quality video footage, and offers you further options to manage your overall system. Furthermore, the ACC7 software smoothly manages bandwidth and storage through the use of sophisticated HDSM technology or High Definition Stream Management.

When looking for the best security camera system installation services in the Dallas Fort Worth Metroplex, A1 Security is one of the best teams ready to help you. Each of our installers can smoothly integrate an Avigilon security camera system into your home or business and provide you with the best possible result needed for surveillance. Contact us today for more information!