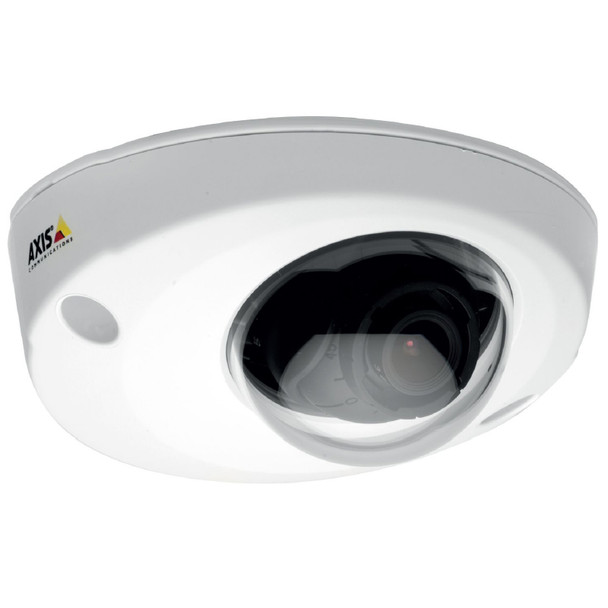 AXIS P3915-R Mk II Network Camera is a high-performance network camera specifically designed for mobile video surveillance on board vehicles and rolling stock like buses, trains, subway cars, and emergency vehicles. The camera features protection against dust and water, and it can withstand tough conditions such as vibrations, shocks, bumps, and temperature fluctuations. But best of all, thanks to Axis technology for challenging lighting and Axis Zipstream technology, AXIS P3915-R Mk II captures full forensic detail while minimizing bandwidth and storage requirements.

AXIS P3915-R Mk II is specially adapted to deliver sharp HDTV 1080p image quality onboard moving vehicles with varied and fast-shifting light levels. The camera features WDR – Forensic Capture for clarity when there are both dark and light areas in the scene, and Axis Lightfinder technology for color images even in near darkness. Traffic Light mode helps to better delineate the color of traffic lights in very dark scenes.

AXIS P3915-R Mk II features Axis Zipstream technology, which reduces storage and bandwidth with up to 50%, while capturing important details in full image quality. The result is high-forensic usability, and significant savings, as well as a camera that’s perfect for onboard conditions.

AXIS P3915-R Mk II complies with a long list of transportation-industry regulations including fire-safety, and EN50155:2017 Class OT2/ST2 (EN50155:2007 Class TX) standards. Its rugged design and ability to withstand a wide range of temperatures make the camera appropriate for tough onboard conditions. And with optional outdoor housing, M12 or RJ45 connectors available and a compact and discreet design, it’s flexible enough to be installed inside or out and in many different configurations. AXIS P3915-R Mk II also offers audio-in, and 4-pin digital I/O ports for integration with other equipment.

The camera is designed for quick and reliable installation. A lens tool that makes it easy to get a level image with the field of view you want is included. And it’s easy to upgrade from earlier camera versions from the series.