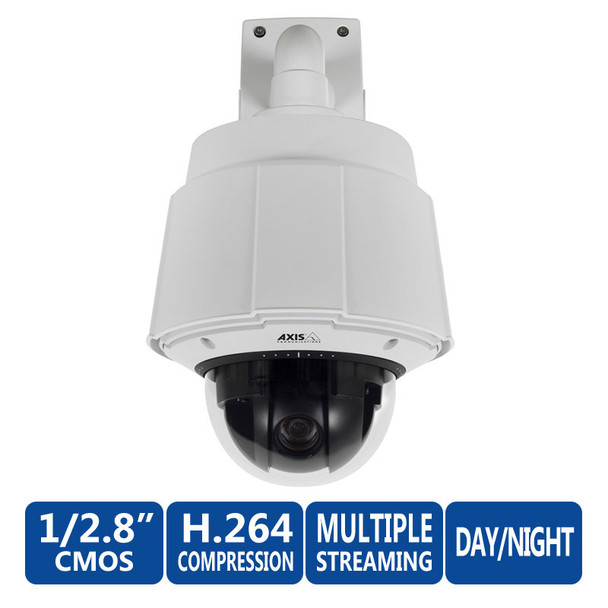 When the utmost performance and image quality is required, the powerful AXIS Q6035-E Network Security Camera is a smart choice. This rugged outdoor device features IP66-rated and NEMA 4X-rated material to protect it from the elements, as well as Arctic Temperature Control for startup even in temperatures as cold as -40° F. It requires no external housing, making installing it simple. Featuring a 1/2.8" progressive scan CMOS image sensor, it captures clear and crisp images, even under a maximum zoom of 240x (20x optical and 12x digital). When used in HDTV 1080p mode (25/30 fps), it provides more than twice the number of pixels when compared with HDTV 720p. If you use the 720p HDTV resolution, you will get double the number of frames in a second (50/60 fps) for smoother video.

With Active Gatekeeper, the camera can automatically move to a preset position upon motion detection in a pre-defined area, and track the detected object. It also enables easy setup of an automatic tour using the tour recording functionality, which enables an item such as a joystick to be used to record an operator's pan/tilt/zoom movements and length of time spent at each point of interest. The AXIS Q6035-E Network Security Camera can then be activated at a touch of a button or at a scheduled time.