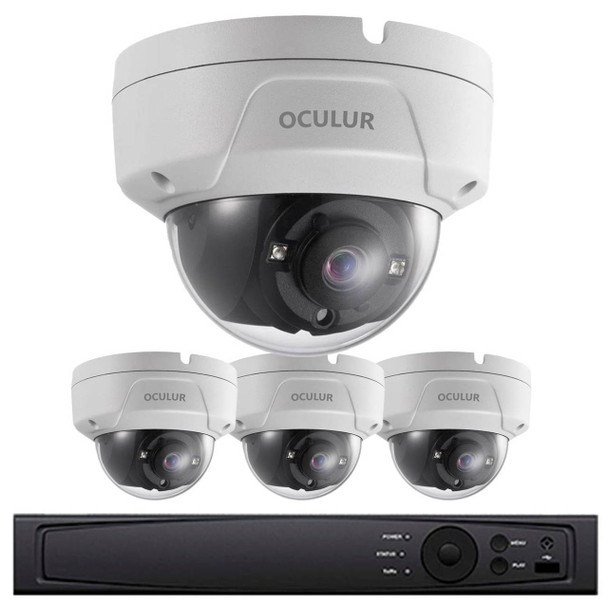 Church burglaries are more prevalent than ever. A video surveillance system coupled with a good alarm system should be a priority at any place of worship. We have found many times that the visual evidence captured by security cameras sharply increases the probability of convicting the burglar and recovering stolen property.

Our video surveillance experts have over 10 years of experience designing security solutions for churches of all sizes. We only provide cutting-edge technology offering our clients top of line performance at a great cost.

Below we have included some details from a small church that we worked with in Greeley Colorado. We understand that every church faces unique challenges. We encourage you to call today and take advantage of our free expert consultation so we can determine the most effective solution for your church.

Coverage for both entrances into the building were important. They wanted to monitor these entryways from the outside so that they could capture any vandalism of the entrance even if the burglars did not make it inside.

The main lobby was small and had a double glass door in the middle that was their main entrance. They wanted to cover the lobby and the doors with one wide-angle overview camera. We would need a camera with good WDR to deal with the bright light coming in from outside.

The sanctuary was small and almost a perfect square. They wanted a camera that would sit above the pulpit and look out to the congregation almost getting the same view as what the pastor would see.

There are five main elders including the senior pastor. The elders wanted to have access to the camera system from their mobile phones. This would allow them to login to their cameras at any time if there alarm system triggered.

Directly to the left of the front of the sanctuary was a room that they used as a meeting room. They wanted to have a 43″ TV that was wall-mounted and displaying the four cameras that they had around the property.

The four-camera HD-CCTV system above was the perfect fit for this church. The cameras were small in design but still boasted both vandal-proof and weatherproof construction making them a “one size fits all″ choice for all of their camera locations. In addition, this system produces 1080p Full HD video offering them the detail they would need in the unfortunate case of a burglary.